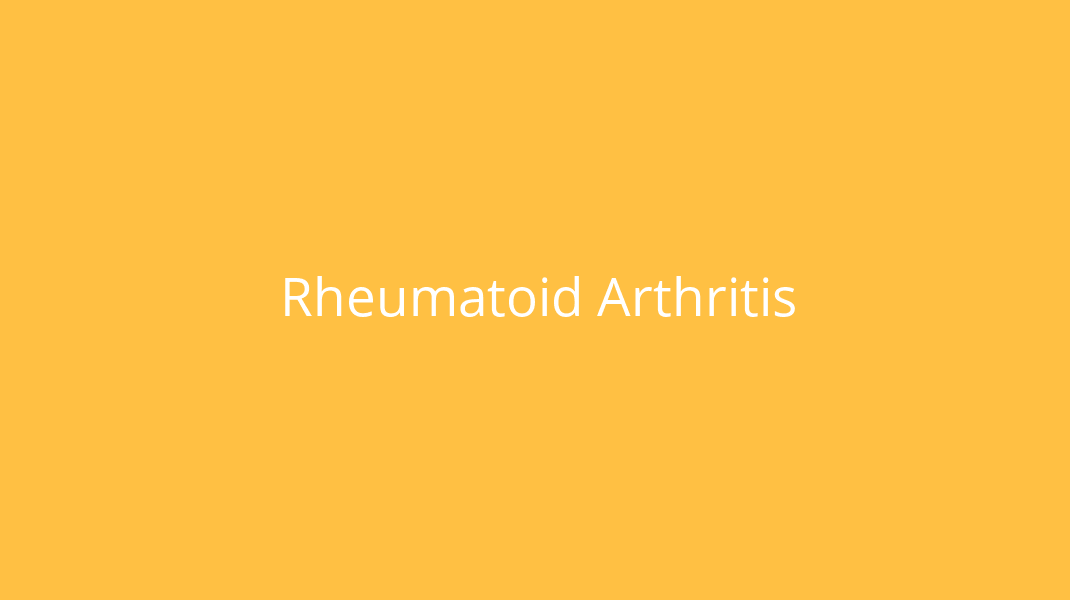 Rheumatoid arthritis might not have a cure, but the right treatment can come close by reducing symptoms to as few as possible (and ideally, none). It can also help you live an active life by blocking the joint-damaging inflammation of the disease and stopping RA in its tracks. Thanks to advances in treatments, you should be able to find an approach that works for you—and you’ll get there faster if you take an active role in the process. That means reading up on what’s available (starting with this article!) and talking with your doctor about your worries. The right outlook plus the right treatment puts you back in the driver’s seat.

Officially known as disease-modifying anti-rheumatic drugs, DMARDs are likely what your doctor will suggest trying first. They work by interfering with pathways in the immune system that lead to inflammation. You’ll probably start with methotrexate. If it works, great! If not, your doc will likely add another drug to the treatment. DMARDs are usually taken orally, though methotrexate is also available as an injection. Like any drug, there are possible side effects, ranging from annoying (mouth sores, thinning hair, stomach upset) to more serious (increased risk of infection, liver damage). Your doctor will monitor you closely and might do tests for healthy blood-cell counts as well as proper kidney and liver function to be sure your body is dealing with the treatment OK.

These “biologic response modifiers” (technically a type of DMARD) are used if you don’t get the results you want from conventional DMARD therapy. Traditional DMARDs affect your immune system more broadly, while biologics target specific proteins or cells that fuel inflammation. Genetically engineered from actual human genes, they’re more potent (and expensive) than regular DMARDs. They also tend to be most effective in combination with a traditional DMARD. Here’s the bad news: Biologics require you to give yourself shots or visit an IV infusion center regularly. And because they dampen your immune system, you may be more likely to catch colds and other infections. The most common biologics (categorized by the cells they target) include: Tumor necrosis factor (TNF) inhibitors. This commonly prescribed type of biologic was the first to enter the RA treatment market 20 years ago and works by putting the brakes on an inflammatory protein found in large amounts in RA joints. Delivered by self-injection or IV infusion, drugs in this category include Cimzia (certolizumab pegol), Enbrel (etanercept), Humira (adalimumab), Remicade (infliximab), and Simponi (golimumab). B-cell inhibitors. Administered through an IV, B-cell inhibitors like Rituxan (rituximab) kill B-lymphocytes that can spark inflammation. Usually you get two doses over the course of two weeks apart, every six months. A single infusion can take 3 to 4 hours. Interleukin-1 (IL-1) blockers. These self-injected drugs like Kineret (anakinra), target interleukin-1, an inflammatory compound in the body, through daily dosing. Interleukin-6 (IL-6) inhibitors. Self-injected Kevzara (sarilumab) and IV-administered Actemra (tocilizumab) stop interleukin-6 proteins from attaching to cells and triggering inflammation. T-cell inhibitors. Taken via IV, drugs like Orencia (abatacept) latch onto the surface and attempt to eradicate inflammation-causing white blood cells known as T-cells. A doctor will give you this medicine via IV. These newer synthetic drugs (also called targeted DMARDs) are potent and fast-acting but can be expensive. They are often used if biologics fail or if you hate needles (JAK inhibitors come in pill form). They are super-targeted and work by entering cells and blocking precise pathways inside. These three are approved for clinical use:

Corticosteroids are very effective at suppressing RA, but they have some serious side effects (see: high blood sugar, high blood pressure, bone loss, and glaucoma), so they’re generally reserved for short-term use or as a last resort if other treatments are ineffective. They can be given orally, intravenously, intramuscularly, or injected right into the joint. The most common is Deltasone (prednisone). A typical daily dose is 5 to 10mg, and if you’re taking it, you’ll want to taper off slowly over the course of several weeks.

Will My Medication Change During Treatment? After confirming the diagnosis with blood tests and possibly getting a baseline X-ray to assess existing joint damage (in early stages, there might not be any), your doctor will act fast using a strategy called Treat-to-Target, which sets remission or low disease activity as the goal. Newly diagnosed patients are put on medication right away, progress is closely monitored, and meds and doses are adjusted often until remission is achieved. Here’s what a first-year timeline looks like. Your doctor will probably start you on methotrexate. About 30 percent of RA patients respond to methotrexate alone. It’s generally well tolerated, inexpensive, and plays nicely with other drugs—biologics and JAK inhibitors are often more effective when combined with methotrexate. You’ll probably take a weekly oral dose of 10 to 25mg of methotrexate. If it makes you nauseas, your doc might suggest switching to an injection instead. You can also try easing side effects by supplementing with folic acid (even just 1mg a day) since some of methotrexate’s side effects occur because it interferes with the metabolism of the vitamin. Not everyone is a candidate for methotrexate: If you have liver problems or are planning to get pregnant, it’s not for you. It’s also not safe to be taken with alcohol, so if you drink, talk with your doctor first. For patients who can’t take methotrexate, you’ll likely be prescribed one of the other three conventional DMARDs. It takes weeks to months for synthetic DMARDs to build up to therapeutic levels in your system. For faster relief, you may be prescribed steroids (like prednisone) or NSAIDs while waiting for the DMARDs to kick in. If you’re not finding relief by three months, another agent may be added: often a second DMARD, a biologic, or a JAK inhibitor, in addition to methotrexate or whatever medication you were initially prescribed. (You probably won’t be put on more than one biologic or JAK inhibitor at a time—those drugs are too strong.) Which drug will your doctor add? It depends on many factors, like your medical history, level of disease activity (your lab work will show this), cost, and logistics. For certain drugs like biologics, for example, you may have to travel to get the treatment. Every three months or so, your doctor will reassess how you’re doing, and decide whether to keep you on your current meds or change them. This process will continue until your RA is in remission or at least symptoms are very minor. It’s an achievable goal for most patients but can take a while to get there since every person is different in how they respond. Good news: You should feel better. Bad news: Your doctor will still want to check in with you every three to six months for the foreseeable future. That’s partly because due to the nature of RA drugs, your risk of infection is about 50 percent greater than someone not taking the meds. If you notice signs of infection like fever or shortness of breath, don’t wait for your next check-in. Let your doctor know—you might need an antibiotic or a reprieve from taking your RA meds for a week or two until you’re feeling better.

Will I Need Medication During RA Remission? In a perfect world, remission means your symptoms totally disappear and you can jump back into life as you knew it before RA. In reality, remission with rheumatoid arthritis looks a little different. Here’s how the American College of Rheumatology defines it: No more than one swollen joint No more than one tender joint Overall severity of your RA rated 10 or less on a 0-to-100 scale Sedimentation rate blood test is low (below 30 for women, below 20 for men) By this standard, about 10 percent of patients diagnosed early and treated diligently achieve remission in the first year, and 40 percent achieve it after two years. For others, it can take even longer and in some cases, remission is never fully achieved but symptoms become much more manageable through medication. For people who have waited longer before seeking treatment, the odds are still good for achieving low disease activity. At some point, it becomes a personal decision: If you are happy with how you are managing your RA symptoms, it may not be worth the extra time commitment and expense exploring new meds for full remission. Also keep in mind, remission does not mean forever—it’s usually a few months followed by a period of flares. If flares are severe, you should talk with your doctor, who may decide to switch up your medications. If you do achieve remission for a long enough period, it may be possible to scale back your meds with your doctor’s supervision. But few patients can stop drugs altogether without RA symptoms returning. Look at it this way: You probably will never return to life exactly how it was before RA. But with all that you now know about the disease and how to deal with it, there is no reason your life after RA can’t be just as awesome.