Am I a Candidate for Peripheral Nerve Stimulation (PNS)? 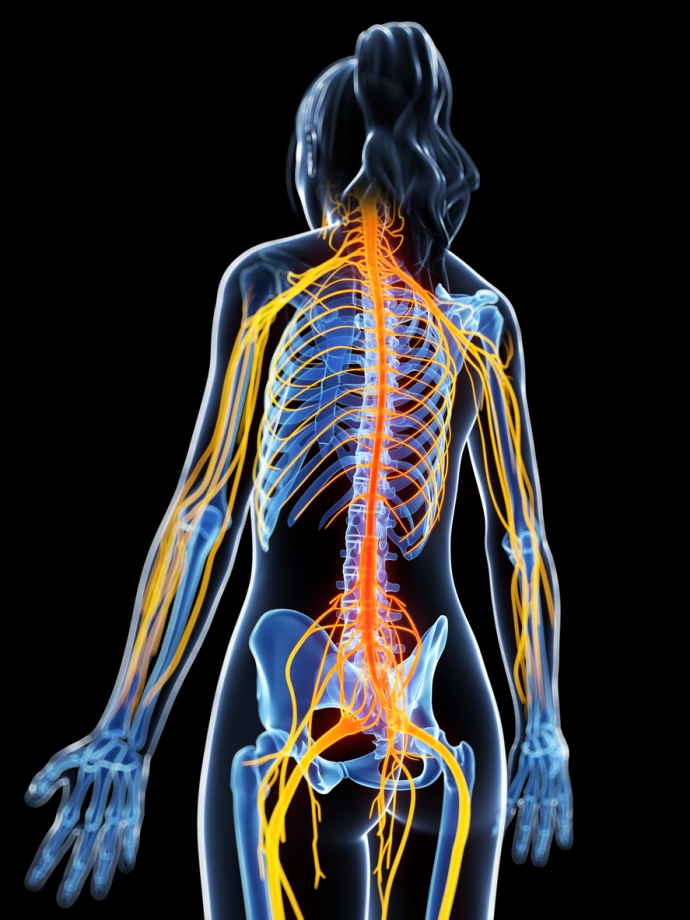 If you live with chronic pain, you have probably tried multiple medications, physical therapy, injections, or nerve blocks with little or inconsistent relief. Fortunately, new devices may be able to help alleviate your pain with an outpatient, minimally invasive implant.

These devices provide peripheral nerve stimulation by targeting the precise nerve or nerves causing your pain.

Your body’s nervous system is made up of your brain, spinal cord, and peripheral nerves. The peripheral nerves are the nerves that extend beyond your brain and spinal cord to your organs and extremities—all the way to your fingertips and toes. Peripheral by definition means “on the edge” or “outer part” of something.

Peripheral nerve stimulation (PNS) targets the nerve(s) that transmit pain signals to your brain. PNS involves a tiny implant—a wire about the thickness of a human hair or a group of electrodes about the size of a standard paperclip—that delivers electrical impulses, similar to a pacemaker, to the nerve.

It works by changing the way your brain perceives pain. The electrical pulses interrupt or change the pain signals sent from the nerve to the brain.

PNS has been around for 50 years or so, but in the past few years, there has been somewhat of a revolution in the devices that deliver the stimulation.

For years, neuromodulation experts (sometimes called interventional doctors or physiatrists), have used the devices that were designed for spinal cord stimulation (SCS)to stimulate peripheral nerves, explains Timothy R. Deer, MD, president of The Spine & Nerve Centers in Charleston, West Virginia, and a highly regarded neuromodulation expert. SCS devices are made to be implanted near the spinal cord, a location larger than many peripheral nerve sites in the body.

Thanks to nanotechnology, nerve stimulation implants have shrunk—enabling a new age of PNS devices.

“When I first saw this small, little device that we could put in very simply I thought ‘it probably won’t give any long-term improvement,’ but actually that’s not what the data shows,” says Dr. Deer, who has conducted studies on several of the devices. In addition to being a fraction of the size of the spinal cord devices, the new PNS devices are easier to implant and can be placed using ultrasound guidance. Ultrasound imaging helps clinicians put the implant in the right place.

The devices and their protocols differ, but each has three basic components:

In appropriate candidates, PNS is covered by Medicare and the majority of private insurance companies.

The PNS device is implanted by an anesthesiologist, physiatrist, neurologist, or neurosurgeon who has been specially trained to perform the procedure. The implantation is conducted as an outpatient procedure that takes less than an hour.

Because the implant is so small, it can be implanted nearly painlessly, says Dr. Deer. You will be mildly sedated during the procedure. The clinician will use local anesthetic on your skin and make a small incision or use a small needle to insert the device wire under your skin near the targeted nerve.

What Peripheral Nerve Stimulation Is Not

PNS differs from other electrical stimulation systems, such as SCS and TENS units.

PNS can treat pain from head to toe, including these conditions:

Not everyone with pain is a candidate for peripheral nerve stimulation. Clinicians use a careful process to select who will benefit from the intervention. The first criterion is that that the pain will need to be identified as coming from a distinct peripheral nerve, for example, pelvic pain caused by the ilioinguinal nerve or the pudendal nerve.

The next part of the selection process is to determine whether the patient has tried or been considered for more conservative treatments, such as over-the-counter pain medications; prescribed medications including gabapentin, pregabalin, or duloxetine; injections; physical therapy; and nerve blocks without adequate relief of their pain. A nerve block is not required before a PNS system is tried, but your doctor may recommend one.

Your doctor may also suggest a psychological evaluation to identify factors that could affect the outcome of PNS, such as depression, anxiety, and personality disorders. Dr. Deer routinely sends his patients for a visit with a psychologist before recommending peripheral nerve stimulation. “It certainly is helpful for the patient to get advice and insights for coping better with their chronic pain and to help in patient education,” he says.

It is important to understand that PNS will not eliminate all the pain experienced by an individual, explains Dr. Deer. Your pain score will not drop to zero.

“For some people, the pain is much better, in others their pain score doesn’t change that much,” says Dr. Deer. But their lives can change for the better. “Let’s say you sit on the couch all day because you’re miserable and we put a device in you and now you can go running and swimming and do things you used to do and your pain is still a 7 but you now are off your opioids and your function is pretty normal—we’d call that a great success,” he shares.

As noted, several devices have been FDA approved for peripheral nerve stimulation. We focus on the details of three such PNS devices currently on the market below: SPRINT, Nalu, and StimRouter.*

Your physician will work with you to determine the best system for your individual situation, and the process for selecting a device will vary depending on the system. Here are a few major points about each device.

The SPRINT PNS system (SPR Therapeutics)is a 60-day implant. It consists of a thin wire (microlead) that is inserted under your skin next to the nerve. The lead connects to a pulse generator, a matchbox-sized device that attaches to the outer skin with an adhesive gel pad. The patient controls the stimulation with a handheld remote control.

After 60 days, the implant is removed. For some patients, this 60-day treatment is enough for adequate pain relief. Results from a dozen clinical studies have shown that that 74% of patients reported a 50% or greater pain relief while on the SPRINT system. In eight studies, nearly as many reported significantly less pain after the implant had been withdrawn for several months.

If the pain returns, patients may considered as candidates for other PNS systems, says Dr. Deer.

The Nalu system (Nalu Medical, Inc.) involves a two-part process including a trial period of 30 days or fewer followed by permanent implantation of the device. The trial period is a sort of  “test drive” to see if the device relieves your pain. With the Nalu system, a miniature stimulator (about the size of a paperclip) is implanted near the peripheral nerve with small wires (leads) that deliver the stimulation to the nerve. The stimulator is powered by a “therapy disc,” which is worn on the skin over the implant. The disc attaches to your body with an adhesive clip or a belt. The patient can control the stimulation using the buttons on the therapy disc or by using the Nalu remote control app on a cell phone.

The therapy disc can be charged at a charging station like a cell phone. The life of the implanted pulse generator is 10 years. After this time, it can be easily removed and replaced.

The StimRouter PNS system (Bioness)is a permanent device in which an implanted wire is connected to a gel electrode that sticks to the skin. The electrode is covered by the “external pulse transmitter,” which is about the size of a small matchbox. The patient controls the stimulation using a programmer device, which can be worn around the wrist or neck or sit in a shirt pocket. Both the electrode and the programmer can be charged at a charging station like a cell phone. The device is initially implanted on a temporary or trial basis. If successful after a trial period, it is left in long term.

Patients sometimes respond to a temporary placement, but for those with more chronic conditions or those where long term relief is not seen, a permanent device is often placed and used daily, says Dr. Deer.

The PNS devices are patient friendly, says Dr. Deer.“Patients don’t have to wear the external parts of the device all the time—just when they’re hurting,” he explains. Patients can remove external parts to bathe, shower, and swim.

Complications are rare with PNS and are usually limited to superficial skin infection, although in rare cases bleeding or nerve injury could occur. With new devices, the implant stays in place and “lead migration,” in which the lead wires move, is rare. Computer reprogramming may be needed a few times a year.

A patient can live with a PNS implant forever, says Dr. Deer. And importantly, the device can be removed if it doesn’t relieve your pain. “People like the idea that this can be reversible, unlike major surgery,” says Dr. Deer. “Thankfully, we don’t remove many.”

Dr. Deer recommends that patients continue other multimodal practices to help relieve their pain – part of the biopsychosocial approach being targeted in pain management today. “If you get a device from us, even if you’re doing well, we’re going to recommend about 8 weeks of physical therapy or occupational therapy after the implant just to work on your function. We also recommend reducing or eliminating opioids, reducing other medications, healthy eating, and exercise.”

Overall, PNS can be a good fit for patients who want to get off pain medications or avoid surgery. The evolution of technology of these devices has been very encouraging, says Dr. Deer, and additional work is being done including evaluating proper electrical dosing and new waveforms. “The use of bioelectric medicine is here to stay and may one day be used much earlier in the treatment process for pain,” he says.