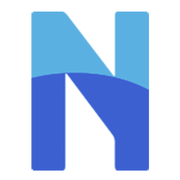 A new study published in the journal EMBO Molecular Medicine describes the successful results of animal studies testing a novel experimental peptide designed to inhibit the receptors responsible for chronic neuropathic pain. The University of Copenhagen-led research is now moving towards the first human trials for this new kind of chronic pain treatment.

"We have developed a new way to treat chronic pain,” says co-author on the new study, Kenneth Lindegaard Madsen. “It is a targeted treatment. That is, it does not affect the general neuronal signaling, but only affects the nerve changes that are caused by the disease.”

Some estimates suggest nearly 10 percent of the world’s population suffers from some kind of chronic neuropathic pain. Caused by either disease or damage to the somatosensory nervous system, this kind of pain is notoriously difficult to treat, with current medications, including opioids or anticonvulsants such as gabapentin, causing adverse side effects.

The novel innovation demonstrated in the new study is a peptide called Tat-P4-(C5)2. Previous experimental treatments for neuropathic pain worked by generally dampening nerve pathways, however, side effects were often significant due to the lack of specific targeting in the treatment. The novel peptide developed by the research team suggests it is possible to only inhibit the action of specific, damaged, oversensitized receptors responsible for a patient’s neuropathic pain.

"We have been working on this for more than 10 years,” says Kenneth Lindegaard Madsen. “We have taken the process all the way from understanding the biology, inventing and designing the compound to describing how it works in animals, affects their behavior and removes the pain.”

"The compound works very efficiently, and we do not see any side effects,” explains Kenneth Lindegaard Madsen. “We can administer this peptide and obtain complete pain relief in the mouse model we have used, without the lethargic effect that characterizes existing pain-relieving drugs.”

Interestingly, the same experimental compound has been previously shown as effective in reducing cocaine-seeking behavior in rats. This suggests the compound may also hold potential for the treatment of addiction.

Human clinical trials are now being established to first test the safety, and then the efficacy of this novel compound. The researchers are currently in the process of patenting the compound, and working to commercialize the treatment ahead of the long human clinical trial process.

"Now, our next step is to work towards testing the treatment on people,” notes Kenneth Lindegaard Madsen. “The goal, for us, is to develop a drug, therefore the plan is to establish a biotech company as soon as possible so we can focus on this."

The new research was published in the journal EMBO Molecular Medicine.