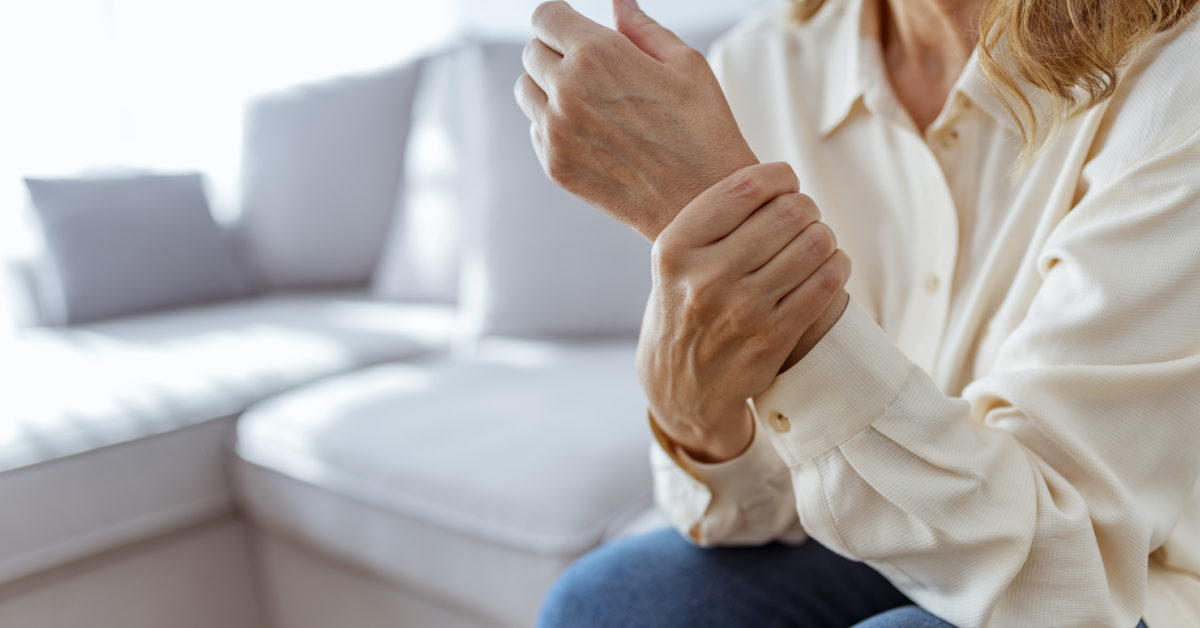 Newsletter
A promising new mechanism for long lasting pain relief
Written by Mary Cooke, Ph.D. on March 27, 2020 - Fact checked by Alexandra Sanfins, Ph.D. New
A new study in mice suggests that a cell-signaling protein could be the key to long lasting pain relief for people with chronic neuropathic pain.
The new paper appears in the Journal of Clinical Investigation Insight .
When a person injures their nerves, either through trauma, infection, or exposure to drugs or toxins, they can develop neuropathic pain , or neuropathy.
People with neuropathy can experience different levels of pain, from tingling and numbness to debilitating burning and shooting pains.
Usually, pain occurs in the hands and feet, but it can also affect other areas of the body.
This condition can develop even when there is no obvious cause, and it may appear some time after the initial injury or infection.
It is easy for clinicians to misdiagnose neuropathy, as there is no “gold standard” diagnostic test , and people with the condition experience a wide variety of symptoms, with pain manifesting in different areas of the body.
Previous research in the United Kingdom estimated that 8% of the population experience neuropathic pain. In the United States, more than 20 million people have some form of peripheral neuropathy.
To compound the problem, this pain is difficult to treat effectively, and it is associated with significant impairments in health-related quality of life.
Healthcare professionals may offer a variety of treatments, including antidepressants, opioid pain relievers, and lifestyle changes, but neuropathic pain can often be resistant to treatment.
Sometimes, these treatments can also come with unwanted side effects. For example, taking opioid pain relievers can cause nausea and constipation, and there is also the risk of these drugs becoming addictive.
Neuropathic pain is associated with inflammation around the nerve tissue. When the nerve tissue sustains damage, immune cells gather around the affected nerves in response to the injury.
Previous studies have shown that immune cells such as lymphocytes, neutrophils, and macrophages can release opioid peptides. These include beta-endorphin, Met-enkephalin, and dynorphin A, which can all reduce pain in animals .
Studying pain in mice
In the new study, Prof. Dr. Halina Machelska from Charité – Universitätsmedizin in Berlin, Germany, and her team investigated how a cell-signaling anti-inflammatory protein called interleukin-4 (IL-4) encourages macrophages to produce pain-relieving opioid peptides at the site of inflammation.
The researchers used a mouse model to study the analgesic action of IL-4. They used male laboratory-reared mice with a nerve injury that mimicked sciatic pain as a model for human neuropathy-induced pathological pain.
The researchers gave the mice a single injection of IL-4 14 days after the injury and continued the treatment for a week.
Before the treatment, the animals’ hind paws were sensitive to heat and mechanical stimulation because of their nerve injury. After treatment, the researchers observed the rodents’ reaction to heat and pressure, comparing the hind paws with the uninjured front paws.
They blinded the study to prevent the researchers’ own bias from influencing the results. Someone who was not involved in the study randomly placed the mice in cages.
Each treatment had a code, and different members of the team were responsible for making the treatment, administering it to the mice, and analyzing the data, so none of the researchers knew at the time which animal received which treatment.
The researchers found that injections could reduce pain in the mice for up to 8 days, even after treatment had stopped.
On closer inspection, this appeared to result from IL-4 not only attracting macrophages to the injury site but also transforming these immune cells from the pro-inflammatory M1 type to the anti-inflammatory M2 variety that released pain-relieving opioids to the damaged tissue.
The study team isolated these M2 macrophages, injected them into different mice, and measured the pain response afterward.
Toward alternative pain relief options
The researchers found that IL-4 encouraged M2 macrophages to produce opioids continuously to relieve pain.
These opioids activated peripheral opioid receptors in the surrounding tissue and improved the hypersensitivity associated with nerve injury. This effect occurred even after the IL-4 treatment had stopped.
“Our findings are relevant to many immune-mediated diseases, ranging from arthritis to neurodegenerative diseases and cancer,” says Prof. Machelska.
“As these analgesic effects occur at the peripheral nerves, outside the brain, it is possible to prevent undesirable side effects, such as sedation, nausea, and addiction.”
– Prof. Halina Machelska
“These findings may offer new perspectives in our endeavors to develop alternative pain management options for patients.”
Although the study findings were promising, the experiments took place in a laboratory in a small number of mice.
The effects of IL-4 as a treatment may not apply to humans, and this therapy would need to undergo a large scale clinical trial in humans before doctors could safely use it to treat people living with neuropathy.
In their paper, the researchers encourage more research into the beneficial effects of IL-4 and M2 macrophages to treat pathological pain.