Cannabis for Chronic Pain: Not a Simple Solution 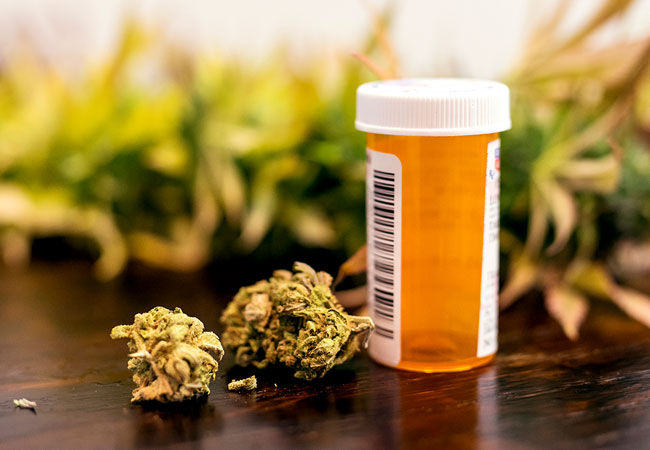 I was recently invited to comment on a narrative review by Modesto-Lowe and colleagues on the potential therapeutic use of cannabis for peripheral neuropathy (“Cannabis for Peripheral Neuropathy: The Good, the Bad, and the Unknown”). This paper was only the latest in a vogue string of examinations of how medical marijuana may be used to manage complex conditions. While the authors should be lauded for acknowledging that the role of cannabis in treating peripheral neuropathy is far from settled (“the unknown” in their title), the high stakes involved warrant even more stringent scrutiny than they suggest.

We are in the midst of an epidemic of chronic opioid use with massive repercussions, and it did not start overnight. Mounting calls for liberalizing narcotic use across a broad range of pain conditions accumulated gradually during the patient-advocacy era of the 1990s, with supporting “evidence” coming mostly from small uncontrolled studies, anecdotal reports and industry pressure. Although cannabis and opioids are not interchangeable, we should be cautious about concluding that cannabis is effective and that it should be used to treat chronic pain.

Peripheral neuropathy, by definition, is a chronic pain condition. Unlike acute pain, chronic pain is characterized by biologic, psychological and social complexities that require nuance to manage and study.

Such nuance is lacking in most recent reviews of the medical use of cannabis. The conditions in question are often studied as if they were transient and acute — e.g., employing short-term studies and rudimentary measures such as numeric pain-rating scales or other snapshots of pain intensity. Results of these shortsighted assessments are impossible to extrapolate to long-term outcomes.

Whether cannabis therapy for chronic pain conditions is sustainable remains to be seen. Outcomes in chronic pain should not be defined simply by pain reduction, but by other dimensions such as changes in pain-related disability and quality of life, development of pharmacologic tolerance or dependence, adverse effects and other “collateral damage.” We are far from understanding these issues, which require highly controlled and regulated longitudinal studies.

A recent Cochrane review of the efficacy of cannabis-based medicines for chronic neuropathic pain found that harms might outweigh benefits. The quality of evidence was rated as very low to moderate, with the reviewers citing small sample sizes and exclusion of important subgroups of patients (e.g., those with substance abuse or other psychiatric comorbidities). Such exclusions are the crux of a major problem with cannabis research: studies are not naturalistic. The gritty reality of chronic pain management is paramount, and failing to consider the high-risk biopsychosocial factors typical of patients with chronic pain is naïve and, frankly, dangerous.

The true danger of cannabis lies in what we already know with certainty. As the authors discuss, cannabis undisputedly results in dose-dependent cognitive and motivational problems. If we are preaching physical therapy and home exercise to counter deconditioning, socialization to reverse depression, cognitive-behavioral therapy to increase coping, returning to work to prevent prolonged disability, and other active measures to prevent pain from becoming chronic, then why would we suggest treatments known to blunt motivation, energy, concentration and overall mood? As a general central nervous system suppressant, cannabis works broadly against our best efforts to rehabilitate patients and restore their overall function.

Modesto-Lowe and colleagues use the general term cannabisin their title, yet they rightly unpack the differences between medical marijuana, tetrahydrocannabinol (THC), and cannabidiol (CBD). However, in the minds of untrained and pain-stricken patients seeking rapid relief and practical solutions, such distinctions are likely irrelevant.

The danger in the barrage of publications examining cannabis versus medical marijuana versus THC versus CBD is that they all communicate an unintentional yet problematic message: that marijuana of some sort is acceptable to try for pain. And in the face of financial pressures, changing legal landscapes, insurance coverage volatility and access issues, are patients really going to always secure prescriptions for well-regulated CBD (lacking psychoactive THC) from thoughtful and well-informed physicians, or will they turn to convenient street suppliers?

Simplified perceptions of safety and efficacy across all cannabis products do not help. More troublesome would be to extrapolate safety to other forms of marijuana known to be dangerous, such as synthetic cannabinoids, which in some instances have been associated with catastrophic outcomes. The slippery slope is real: if the message becomes that some (or most) marijuana is benign or even therapeutic, what is to curb a widespread and unregulated epidemic?

Some groups are more vulnerable than others to the potential negative effects of cannabis. In a study at a medical cannabis dispensary in San Francisco, adolescents and young adults used more marijuana than older users did and had higher rates of “use when bored” and eventual pharmacologic dependence. Sustained use of marijuana by young people places them at risk of serious psychiatric disorders, with numerous studies demonstrating the unfolding of schizophrenia, depression, bipolar disorder and more.

As Modesto-Lowe and colleagues point out, cannabis may be contraindicated in those already burdened with mental health problems. If we recall that comorbid psychiatric disorders are the norm rather than the exception in chronic pain conditions, can we recommend cannabis therapy for most patients with chronic pain with confidence that it will not cause unintended problems? Evidence already shows that even well-established medical marijuana services attract (and perhaps unintentionally debilitate) a certain high-risk demographic: young, socioeconomically disadvantaged men with other comorbid psychiatric and substance use disorders, who ultimately rank poorly in functional health measures compared with the general population.

I am not advocating the fear-mongering misinformation campaigns of the past. We should not exaggerate and warn about “reefer madness” or equate marijuana with untruths about random violence or complete bedlam. Nonetheless, concerns for widespread amotivation, worsening psychiatric states, chronic disability and chemical dependence are very real.

What’s needed are tightly regulated, well-controlled, and long-term prospective studies involving isolated CBD formulations lacking THC. Over time, perhaps only formulations approved by the FDA will be embraced. In the meantime, more comprehensive approaches should be recommended, such as team-based interdisciplinary rehabilitation programs that have shown efficacy in handling chronic pain complexities.

If such steps are unlikely, physicians should nonetheless stand united in sending a message of cautious optimism regarding medical marijuana. This would involve educating their patients not only about recently advertised potential yet inconclusive benefits but also about the well-known and actual certitudes of its harms for use in chronic pain management. There is plenty of bad and worse information to share with patients, and there is a slippery slope of epidemic proportions to be wary about.

Dr. Jimenez is a Cleveland Clinic psychiatrist with a specialty interest in chronic pain.