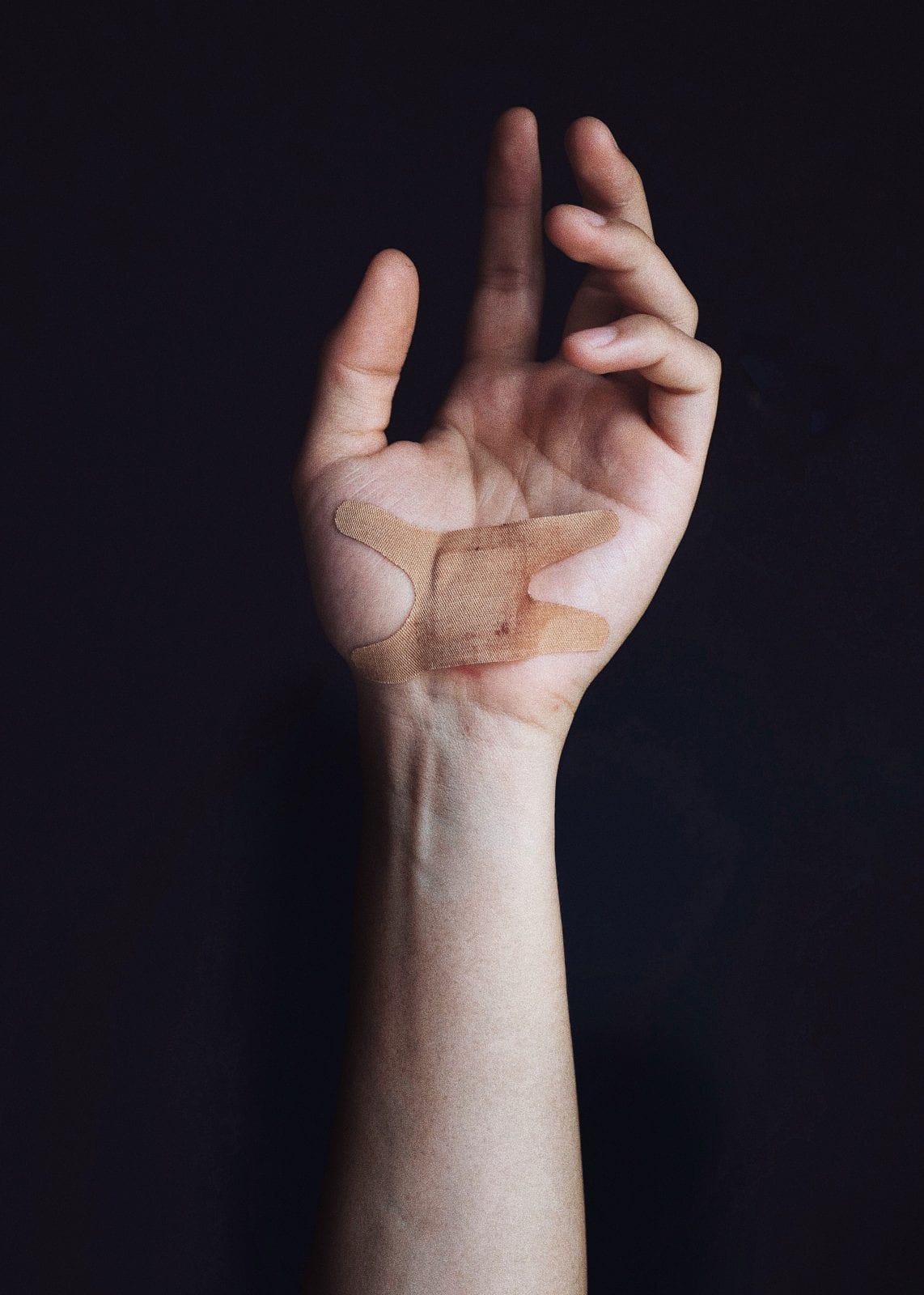 Whenever we are in pain, we find a way to make it stop. However, when you have fibromyalgia, the pain comes and goes as it pleases, sometimes without any trigger or warning, and varies in severity. How can you stop the pain in that case? What is fibromyalgia? What are the medicinal and natural fibromyalgia treatment? Is it curable and how do can it be managed? Find out how CogniFit helps those who suffer from the condition with their online test!

Fibromyalgiais a condition that has no known cause and is known for its chronic, widespread, continual pain in joints, tendons, and muscles. It affects a wide spectrum of people, all of whom need individualized fibromyalgia treatment. The pain/areas of tenderness that is associated with fibromyalgia are known astrigger points. Even the slightest touch can bring on a bout of pain.One studyshows that 5 million people in the US (roughly 2%) suffer from the condition and that it affects women more than men in a 7:1 ratio as well as affecting more adults than children. The condition affects a person not only physically, but also in cognitive areas (known asfibro-fog).

Fibromyalgia can cause symptoms that are similar to those of arthritis, tendinitis, and bursitis. Because of this, some experts group arthritis and fibromyalgia together and as related disorders. Others see the two as two separate conditions. The conditions are different in that the pain that is associated with arthritis and tendinitis is often localized in the same, single area. However, the pain with fibromyalgia is widespread and is known for its morning stiffness, deep muscle pain, and tender, painful points. That said, all of these conditions make it difficult to be physically active or exercise due to the intense pain.

When it comes to treating fibromyalgia, there are three points to focus on: medication, therapy, and cognitive training programs. However, there are many fibromyalgia treatments used these days.

Considering that there is no cure for fibromyalgia, the medication taken for the condition treats the symptoms- especially the pain. However, depending on the medication or combination of medication, one can have improved sleep, fewer aches and pains, and a boost in energy.

In the United States, the Food and Drug Administration (FDA) has approved three specific drugs to treat fibromyalgia. Although, doctors may also use what is known as “off-label medications” that aren’t approved to treat fibromyalgia specifically, but that may have a positive effect on the condition. The three medications that are FDA- approved take part in two categories-anti-seizureandantidepressants. The one anti-seizure medicine is known as Lyrica (pregabalin). The two antidepressants are Savella (milnacipran) and Cymbalta (duloxetine).

How is it that medication made for stopping seizures and aiding depression can help with fibromyalgia? Well, the anti-seizure medication works for fibromyalgia by curbing the pain and helping fight sleep and fatigue problems. The medication is able to prevent sensitive nerves from sending pain signals to the brain. Another medication like the FDA-approved one,pregabalin, works in the same way by lessening fatigue and pain. This new drug is known as Neurontin (Gabapentin). The antidepressants can help ease pain and other symptoms of fibromyalgia, even if the person isn’tdepressed. This is due to the effect that antidepressants have in the brain. Each antidepressant works by raising the levels of feel-good chemicals in the brain such asnorepinephrineandserotonin– both of which areneurotransmittersthat help ease and control both physical and emotional pain. Both of the FDA-approved medications areserotonin and norepinephrine reuptake inhibitors (SNRIs)which are known to help sleep problems, elevate mood, and help with overall pain.

Sometimes,au naturalis how people prefer to heal from conditions such ascancerand fibromyalgia. Some common methods to naturally relieve fibromyalgia pain are using moist heat on the painful areas,relaxation techniques and stress reduction, physical therapy, and exercise.

Exercise is an important thing to do whether you have fibromyalgia or not. However,numerous studieshave shown that exercise can be one of the most important treatments for fibromyalgia known today. Often, people with fibromyalgia avoid working out because they think it’ll increase their pain.Aerobics and Tai Chiare both proven to be incredibly effective at relieving both depression and pain. Furthermore, regular exercise increases our body’s production of natural painkillers, known asendorphins, which can also boost our moods. In order to avoid more pain than necessary, try to start the workouts slow while gradually increasing the intensity and duration of the workout.

Stressis a big thing to tackle in any case- little on if one is in physical or emotional pain because of it, too. While there are manyways to manage stress, it’s important to manage it well and often while dealing with fibromyalgia. Stress can actuallyageandshrinkthe brain and body which is why it makes sense that a high amount of stress can lead to an increase in fibromyalgia pain.

Some people usebiofeedback therapyas a fibromyalgia treatment and stress management. This therapy works by reducing stress using a machine that can measure how the body reacts to stress. Armed with that knowledge, the theory is that then you can better control how your body reacts to and deals with stress which will lower the fibromyalgia pain. There are several studies such asthis oneandthis onethat prove how effective biofeedback therapy can be to help curb ones pain. There are also several clinical trials such as these two (hereandhere) that are trying to measure brainwaves and neurofeedback in biofeedback therapy.

Sleep is important for everything. Rest is key to cure just about anything. Not sleeping much or well canactually increase the amount of stress one feelsdaily as well as increase their reaction to stress. A combination of high stress and a lack of sleep could be making the fibromyalgia worse. However, sadly, many fibromyalgia sufferers also suffer frominsomnia, too.

Going to a masseuse, massage therapist, or a chiropractor can also be a big relief for fibromyalgia. Numerous studies have found a link between managing/lessening the symptoms of fibromyalgia and chiropractic care such as fatigue, the overall quality of sleep, and pain levels.This studyspecifically found that chiropractic care actually improved the participants “cervical and lumbar ranges of motion, straight leg raise, and reported pain levels.”

Many people also try physical therapy as one of their fibromyalgia treatments.Physical therapy can help fibromyalgia sufferersby showing them how to relieve their symptoms of pain and stiffness in everyday life that comes from the condition. Furthermore, it can help people build strength in their muscles and bones as well as improve their overall range of motion which is important for a fibromyalgia sufferer. A physical therapist can also help teach ways to get rid of deep, stiff muscle pain while also helping the sufferer learn how to make sensible decisions regarding their daily activities that can help prevent painful fibromyalgia flare-ups.

Hypnotherapy has been theorized to also be another fibromyalgia treatment. It was actuallyfoundthat hypnotherapy was a better treatment than physical therapy in a study with 40 patients who suffered from refractory fibromyalgia. The 40-patient group showed better outcomes in sleep/fatigue levels, pain, and global assessment. However, they did not show better results in the tender point examination.

When it comes to diet, it’s important to eat what makes your body feel good. Some of those who suffer from fibromyalgia try anelimination dietto see if there are certain foods that cause or worsen the pain. An elimination diet involves eliminating certain foods from one’s diet and seeing how the pain is affected.Certain studieshave shown that a non-celiac gluten sensitivity can be an underlying factor for worsening fibromyalgia pain and symptoms. Some of the best foods to be aware of when dealing with fibromyalgia are food additives, processed foods, gluten, and cured meats.Food additivessuch as MSG (monosodium glutamate) or aspartame have been shown to worsen inflammation which can make fibromyalgia more painful.Processed foods such as sodas, frozen ready-made meals, many cereals, breads, and other sugary snacks contain refined carbohydrates which can cause inflammation. Gluten is an ingredient found in many pastas, beers, breads, and pretty much anything that comes from wheat (however gluten is not the same thing as wheat). Non=celiac patients who also have fibromyalgia has been shown to improve when they follow a gluten free diet.Cured meats such as lunch meats, hot dogs, sausage, bacon, and anything with lots of added preservatives and salt aren’t shown to be beneficial for helping fibromyalgia. Overall, there is no set-in-stone diet that helps, treats, and eases fibromyalgia. However, it can’t hurt to see if some foods make the painful reactions worse or not, as well as staying healthy throughout the process.

Since the cause of fibromyalgia remains unknown, it’s impossible to findThe Cure. The best way to go about “curing” it is simply by treating the symptoms- a process known aspalliative care. This can include taking pain medication or changing one’s diet to lessen the severity or occurrence of pain.

Like many conditions, one can learn to live happily with fibromyalgia, although it isn’t easy. It’s important to self-manage the pain by using palliative treatments such as physical therapy, acupuncture, or changes in diet.

Although thus far it’s not possible to see any injuries in the brains of those who suffer from fibromyalgia, there are numerous findings that show a connection between the two. Cognitive training programs, such as that from CogniFit, are used to help soften the cognitive deterioration that fibromyalgia can produce.

People who suffer from the condition tend to have a lower density ofgray matterin someparts of their brainsuch as the hippocampus, medial prefrontal cortex, and the posterior cingulate cortex. TheCognifit Online Fibromyalgia test (CAB-FB)is an innovative scientific tool that gives a complete cognitive screening to help find out the strengths and weaknesses, know which cognitive areas are affected by the condition, as well as assess the risk index of fibro-fog. The test is geared toward people over 18 years of age who suffer from fibromyalgia or who have a similar/related cognitive impairment. The online test takes roughly 30-40 minutes to complete. The specialists who have endorsed the program enjoy the fact that they can train the parts of the brain that need it the most.