The Long-Term Health Impacts of Being Infected With the Coronavirus 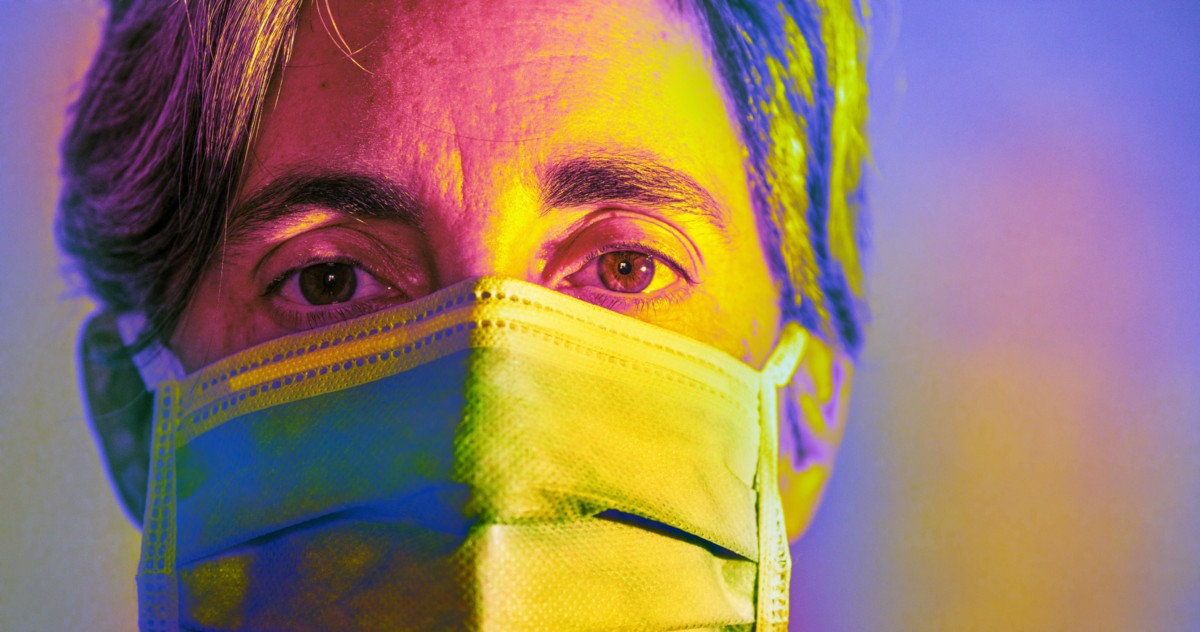 In the Covid-19 self-help group Survivor Corps on Facebook, people share their symptoms of crippling fatigue, feeling groggy or fuzzy-headed, joint pain and deep bone aches, chest pain, heart palpitations, headaches, dizziness, and insomnia — and these are all after they’ve recovered from the cough and fever of the primary infection.

There is growing concern about the potential long-term consequences of Covid-19, with reports of symptoms lingering for weeks and even months. Survivors want to know how long these afflictions will last or if they’ll ever completely go away, not to mention what might be waiting around the corner in the months and years to come.

While it might feel like we’ve been in collective quarantine forever, Covid-19 is still a very new disease that has only been present in humans for six months. That means long-term studies of the SARS-CoV-2 virus and subsequent infection are in their infancy. However, experts can take clues from other viral illnesses to try to predict how survivors might fare one, two, five, or 10 years from now.

Elemental spoke with four physicians about what might be in store for survivors going forward.

One of the primary concerns after a respiratory infection like Covid-19 is whether lung function will be permanently altered. The good news is that if your symptoms are relatively mild and you don’t need to be hospitalized, there are good reasons to believe you’ll make a full recovery.

“Whether it’s a typical pneumonia, an influenza pneumonia, or even a Covid pneumonia, if you’re not sick enough to be hospitalized there’s every likelihood you’re going to bounce back to a fairly normal pre-illness status,” says Albert Rizzo, MD, chief medical officer of the American Lung Association. “[It] may take four, five, six weeks even after the recovery has begun for the X-ray to get back to normal, but very often it will in those more mild and moderate cases.”

However, Rizzo says there is a risk of scarring and more permanent lung damage in people who are hospitalized and ventilated. “A lot of times, the post-recovery chest X-ray and CAT scans of the chest will show areas of scarring that may never really completely improve. That’s going to have to be taken as a potential sign that they won’t be able to get back to the lung function they had prior to the illness,” he says. “Again, I’m not saying this is for the majority of people […] but it certainly can leave a fair amount of impairment in those who are in the hospital for a number of weeks.”

Evidence from the first SARS virus bears this out. In a 15-year follow-up study of previously hospitalized SARS survivors, most people’s lungs substantially healed during the first year of recovery, but after that, the physical improvements tapered off, and some people were left with permanent damage. At three years post-infection, 10 out of 46 people still had reduced lung capacity, but only one person did after 15 years. However, nearly 40% of people experienced another type of lung dysfunction involving the transfer of oxygen and carbon dioxide between the lung and the blood, which never went away. This type of impairment is common with Covid-19, but doctors don’t know yet whether the changes will be permanent.

Over the past two months, one of the deadliest effects of Covid-19 that has emerged is its impact on the heart. By some estimates, 20% to 30% of hospitalized patients experience heart problems, and cardiovascular complications contribute to 40% of all deaths.

“I think what is clear is that there are a number of different [cardiovascular] manifestations of Covid-19,” says Mariell Jessup, MD, chief science and medical officer of the American Heart Association. “Some people are getting this heart attack looking syndrome, some people are getting this myocarditis kind of syndrome, and some people are just getting garden-variety heart failure in response to an overwhelming pulmonary infection. So there’s a whole group of cardiac presentations in relationship to this virus.”

So far it’s unclear what’s behind these different cardiovascular symptoms, which also means doctors haven’t identified adequate treatments, yet. In some cases, the people who are experiencing heart problems with Covid-19 already had high blood pressure or heart disease, but in other instances, there were no known risk factors.

“If the patient has the normal reason for having a heart attack, meaning that they have atherosclerosis with a coronary artery occlusion, then I think if it’s recognized and treated, they should have a good [prognosis],” Jessup says. “What we don’t know is what happens to people who come into the hospital and it looks like they have a heart attack, but they really have Covid-19 infections, and there is no blockage in the artery. We don’t know if those patients are less likely to survive, and we don’t know really the best treatment to give them right now.”

Cardiovascular complications are not unique to Covid-19. Many viral infections can cause myocarditis — the technical name for inflammation of the heart — which is typically thought to be a side effect of the body’s inflammatory immune response. Most people recover from myocarditis on their own, but some people do experience permanent damage to the heart muscle.

There is also a known link between heart disease and respiratory infections, with a two- to six-fold increase in the risk for heart attack and stroke up to a month after having the flu, although the risk is highest in the first week. Even blood clots are not unheard of with other viruses — doctors saw similar evidence of blood clotting during the 2003 SARS outbreak. If caught early, these complications can be treated with medication. However, anotherfollow-up study of recovered SARS patients showed that 44% had various cardiovascular abnormalities 12 years after infection.

There is mounting evidence that SARS-CoV-2 also impacts the brain. In a study of 214 Covid-19 patients, one-third experienced neurological symptoms, including dizziness, headache, and cognitive impairment. Scientists aren’t clear, however, what’s behind the symptoms — it could be that the virus is directly infecting neurons, it could be the inflammatory immune response, or it could be damage from oxygen deprivation.

Igor Koralnik, MD, chief of neuro-infectious disease and global neurology at Northwestern University, says that with so little known about the root cause of the neurological problems, experts can’t predict whether these symptoms will be temporary or permanent. “There is no long-term follow up of those patients — long-term being at least a year,” he says. “We don’t know. It is possible [the changes will be permanent]. Time will tell if this happens or not.”

Physicians do know that for many people, a stay in the ICU, regardless of the reason, is often associated with cognitive impairments, sometimes called ICU delirium. Most of these symptoms resolve over time, but some do not. “[Recovery] depends on the age, the comorbidities, what was their cognitive level before that, if they are smokers,” Koralnik says. “The older, more frail, more sick you are, if you’re intubated and you go to the ICU and you get a lot of medication, yes you can have side effects.”

Another consideration is how SARS-CoV-2 could impact a person’s risk for other infections. In a recent study, researchers found that 20% of people with Covid-19 were also infected with other viruses, including influenza, rhinovirus, and respiratory syncytial virus.

Typically, the presence of one virus decreases a person’s risk of another infection because the immune system is already activated. At the root of the issue is a type of protein called interferon that’s released with the first wave of the immune response and interferes with the virus’s ability to replicate.

“This protein is produced by the cell that’s attacked by the virus, and its job is to push back the virus. And what happens is that when the infected cell has produced the interferon, what we understand is that some of that interferon then seeps into noninfected cells that are adjacent and sits there waiting to become a protector of that cell,” explains Harvard professor of medicine Mandeep Mehra, MD. “So when a second virus, for instance, comes back in a certain period of time, there may actually be partial immunity to that second infection.”

One reason the novel coronavirus is so pernicious is that it appears to suppress these interferons, meaning that not only is the Covid-19 infection worse, but there may also be a heightened risk for future infections.

“This virus teaches the cells somehow to stop making interferon, and so it actually reduces your immunity to either second infections [of SARS-CoV-2] or potentially to even other viruses,” says Mehra. If this is the case, there is a real concern that people who recovered from Covid-19 could have an increased risk for influenza in the winter.

While the research on the novel coronavirus’s impact on interferons is preliminary, SARS and MERS had a similar effect on the immune system, and there are several cases of people infected with MERS also contracting influenza and tuberculosis.

A final consideration is the consequence of hospitalization or weeks of being bed-bound on the body’s recovery. The consensus is that the worse someone’s health was before they got infected and the more severe their coronavirus infection was, the longer it will take them to regain their strength.

“It can take months to a year for some of that recovery to occur,” says Rizzo. “But as you might suspect, it’s going to vary from individual to individual, again based on what was their condition prior to that care and how severe was their case [… There are] big differences in how that affects your physical conditioning, your mental conditioning, and your emotional conditioning.”

Post-intensive care syndrome and post-viral fatigue syndrome — general terms for the physical and cognitive impairment that can follow serious illnesses — are both concerns with Covid-19. With post-intensive care syndrome, being sedated and bed-bound in the ICU can result in muscle atrophy, problems with memory and concentration, and even emotional issues similar to post-traumatic stress syndrome.

“You’ve gone through a life-threatening illness, now you’re facing a sometimes very slow recovery, and the physical, emotional, and cognitive abilities are slow to return,” Rizzo says. “After they come out of the intensive care unit or come off the ventilator, they need to start having that type of social and physical rehabilitation as part of their recovery.”

Even in people who weren’t hospitalized for Covid-19, recovery can be a long, slow journey, as indicated by the experiences of the members of the Survivor Corps group. Post-viral fatigue syndrome is one potential explanation for the chronic fatigue, headaches, joint and muscle pain, and cognitive fuzziness that can linger after a viral illness. Doctors aren’t entirely sure what causes the syndrome, naming a lingering infection, inflammation in the brain, or an overreaction of the immune system as possible sources. There are also no real treatments for the condition, and while symptoms often resolve after a few months, some cases may be permanent.

Because so much is still unknown about the novel coronavirus, its symptoms, and the potential for long-term consequences, Jessup, from the AHA, says it’s imperative that survivors volunteer to be part of scientific studies about the illness.

“There’s going to be a huge need for us to learn about the long-term effects. Right now, a lot of the emphasis is about what’s going on in the hospital, but what will be really key is to find out what happens outside the hospital,” she says. “To be a hero is to volunteer for a scientific study. We already have heroes that are volunteering for the early vaccines, but we need a whole lot of heroes to say ‘I’ll be part of a scientific study’ or ‘I’ll be part of a registry’ that will go on for years.”