What Does an Acupressure Mat Actually Do? 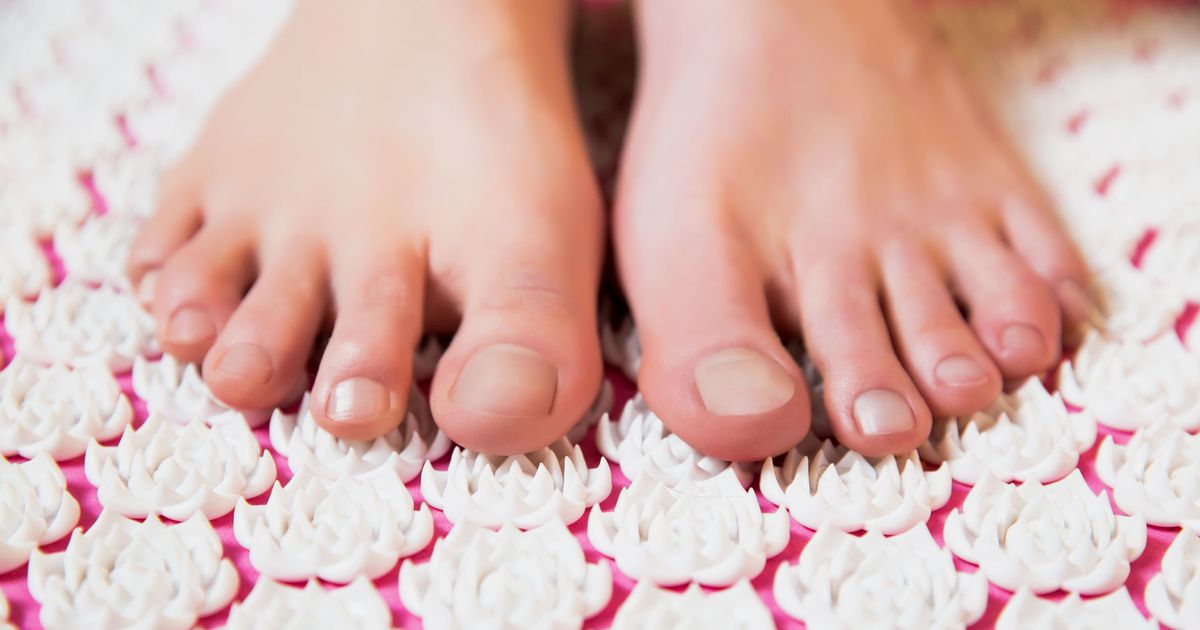 A few weeks ago, I came home complaining of an intense pain in my back and shoulders, radiating from my right collarbone to my upper back. No amount of stretching or rubbing helped. My roommate — the earthier of the two of us — was kind enough to offer me his best version of medicine, a curious pink mat covered with sharp plastic rosettes.

“I love it,” he said emphatically as he passed it on to me, explaining that he had just gotten his mom hooked and used it nightly himself for muscle-pain relief, plus some added calm and relaxation after a long day. Acupressure mats, as they’re called, work on contact — when you walk, stand, or lie down on them, the spikes exert pressure on your acu-points (commonly known as the “bed of nails” method).

Unlike acupuncture, which involves inserting thin needles at various acu-points on the body, acupressure is noninvasive and relieves aches and pains by diffusing your energy, or “chi” — as it’s traditionally known in Chinese medicine — through touch and pressure.

I was skeptical, but willing to do anything to relieve the pain. Let’s just say the mat was an acquired comfort. Most people prefer direct contact by lying on it shirtless, which feels about as comfortable as stepping on Legos — poking into the soft tissue in your back, digging into your shoulder blade, pressing in your neck and skull, and leaving impressions in your arms — no matter where you shift your weight. It’s hard to say that I was feeling anything but discomfort while lying down on the mat, but the second I got up, there was generalized relief. The acute pain I was experiencing was gone.

Many people lie on it for 5 to 10 minutes at a time, sometimes as long as 20 or 30 minutes (as many mat brands recommend), and do this daily. But even after only five or six minutes on the first go around, I found that the soreness had mysteriously melted away and didn’t return. I could roll my arms back and forth without any lingering tension — something I hadn’t been able to do for days. I was astonished. I had to know, How does this stuff work?

For answers, I called up Oliver Grover, an acupuncturist and chiropractor at Hudson Wellness, whose explanation in tl;dr form is that certain areas of the body overlap on nerve pathways — when one part is stimulated, it can correspond with relief to another. For instance, “there’s a large pathway along the large intestine that can treat a number of things when stimulated,” says Grover, “one of them being a pinched nerve.” Beyond the anecdotal accounts, there’s also evidence that shows that acupuncture — and perhaps, by extension, acupressure — can help treat basic musculoskeletal pain on the back, neck, and knees.

Okay, but are there any harmful possibilities? Grover says his main concerns about using the mat are the seeming randomness of the spikes themselves, as mats covered with thousands of spikes stimulate so many different points on the body at once. It’s the opposite approach to an acupuncturist’s exacting method of targeting specific points in the body, and he notes that it can be taxing on the body.

Jacqueline Sutera, of City Podiatry, tells me that the risks of using the mat are relatively minor, though. (She actually uses an acupressure mat herself for neck and back pain, stopping short at her feet.) The real caution is for the elderly or diabetic with poor circulation or thin skin, lest you pierce the skin and get an infection.

Internist Dana Corriel agrees that as long as a patient is disclosing these practices with a trusted physician and they approve, there shouldn’t be a problem. “Personally, I feel that if any practice helps to lessen tension, and relax my patients, this can be of help in the treatment of other illnesses, by secondary effect.”

Consider me a convert. I just bought a mat for myself, and I’m finding the acupressure mat a comfortable middle ground for someone who’s not ready to dip her toe into acupuncture (I loathe needles) and too cheap to fork out money on regular massages. My tech-neck can get down with some harmless self-soothing for an easy 50 bucks.

If you’re into the idea of acupressure mats (or still a little wary), I consulted the experts for suggestions of which to buy, along with some similar solutions for back and neck pain.

The Strategistis designed to surface the most useful, expert recommendations for things to buy across the vast e-commerce landscape. Some of our latest conquests include the bestwomen’s jeans,rolling luggage,pillows for side sleepers,ultra-flattering pants, andbath towels. We update links when possible, but note that deals can expire and all prices are subject to change.

Every editorial product is independently selected. If you buy something through our links,New Yorkmay earn an affiliate commission.