What does the coronavirus infection do inside your body? 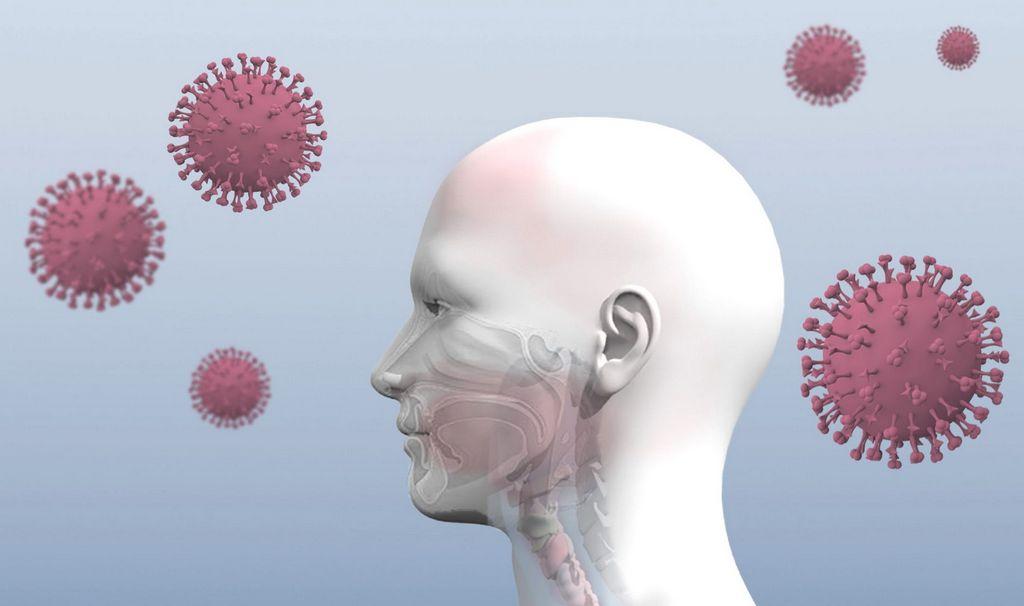 Everything to know about the COVID-19 process.

As the COVID-19 pandemic spreads across the U.S. – canceling major events, closing schools, upending the stock market and disrupting travel and normal life – Americans are taking precautions against the new coronavirus that causes the disease sickening and killing thousands worldwide.

The World Health Organization and U.S. Centers for Disease Control and Prevention advise the public be watchful for fever, dry cough and shortness of breath, symptoms that follow contraction of the new coronavirus known as SARS-CoV-2.

From infection, it takes approximately five to 12 days for symptoms to appear. Here's a step-by-step look at what happens inside the body when it takes hold.

According to the CDC, the virus can spread person-to-person within 6 feet through respiratory droplets produced when an infected person coughs or sneezes.

It’s also possible for the virus to remain on a surface or object, be transferred by touch and enter the body through the mouth, nose or eyes.

Dr. Martin S. Hirsch, senior physician in the Infectious Diseases Services at Massachusetts General Hospital, said there’s still a lot to learn but experts suspect the virus may act similarly to SARS-CoV  from 13 years ago.

When the virus enters the body, it begins to attack.

It can take two to 14 days for a person to develop symptoms after initial exposure to the virus, Hirsch said. The average is about five days.

Once inside the body, it begins infecting epithelial cells in the lining of the lung. A protein on the receptors of the virus can attach to a host cell's receptors and penetrate the cell. Inside the host cell, the virus begins to replicate until it kills the cell.

This first takes place in the upper respiratory tract, which includes the nose, mouth, larynx and bronchi.

The patient begins to experience mild version of symptoms: dry cough, shortness of breath, fever and headache and muscle pain and tiredness, comparable to the flu.

Dr. Pragya Dhaubhadel and Dr. Amit Munshi Sharma, infectious disease specialists at Geisinger, say some patients have reported gastrointestinal symptoms such as nausea and diarrhea, however it's relatively uncommon.

Symptoms become more severe once the infection starts making its way to the lower respiratory tract.

The WHO reported last month about 80% of patients have a mild to moderate disease from infection. A case of "mild" COVID-19 includes a fever and cough more severe than the seasonal flu but does not require hospitalization.

The 13.8% of severe cases and 6.1% critical cases are due to the virus trekking down the windpipe and entering the lower respiratory tract, where it seems to prefer growing.

“The lungs are the major target,” Hirsch said.

As the virus continues to replicate and journeys further down the windpipe and into the lung, it can cause more respiratory problems like bronchitis and pneumonia, according to Dr. Raphael Viscidi, infectious disease specialist at Johns Hopkins Medicine.

Pneumonia is characterized by shortness of breath combined with a cough and affects tiny air sacs in the lungs, called alveoli, Viscidi said. The alveoli are where oxygen and carbon dioxide are exchanged.

When pneumonia occurs, the thin layer of alveolar cells is damaged by the virus. The body reacts by sending immune cells to to the lung to fight it off.

"And that results in the linings becoming thicker than normal," he said. "As they thicken more and more, they essentially choke off the little air pocket, which is what you need to get the oxygen to your blood."

“So it’s basically a war between the host response and the virus,” Hirsch said. “Depending who wins this war we have either good outcomes where patients recover or bad outcomes where they don’t.”

Restricting oxygen to the bloodstream deprives other major organs of oxygen including the liver, kidney and brain.

In a small number of severe cases that can develop into acute respiratory distress syndrome (ARDS), which requires a patient be placed on a ventilator to supply oxygen.

However, if too much of the lung is damaged and not enough oxygen is supplied to the rest of the body, respiratory failure could lead to organ failure and death.

Viscidi stresses that outcome is uncommon for the majority of patients infected with coronavirus. Those most at risk to severe developments are older than 70 and have weak immune responses. Others at risk include people with pulmonary abnormalities, chronic disease or compromised immune systems, such as cancer patients who have gone through chemotherapy treatment.

Viscidi urges to public to think of the coronavirus like the flu because it goes through the same process within the body. Many people contract the flu and recover with no complications.