Dry needling is useless for rehabilitation after shoulder surgery 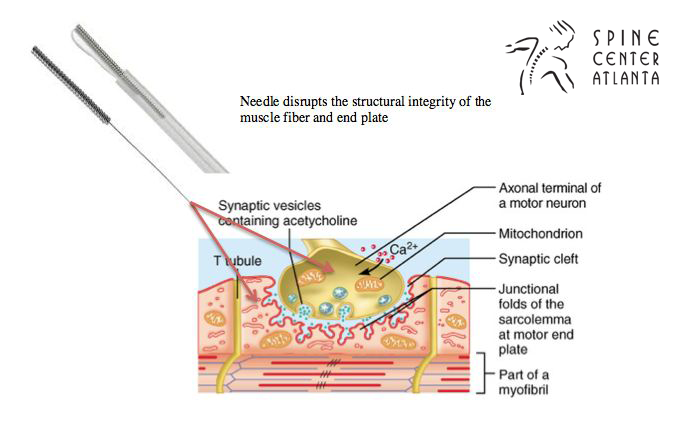 Dry needling (DN), also known as myofascial trigger point dry needling, is a SCAM similar to acupuncture. It involves the use of solid filiform needles or hollow-core hypodermic needles and is usually employed for treating muscle pain. Instead of sticking them into acupuncture points, like with acupuncture, they are inserted into myofascial trigger points usually identified by palpation. There are some theories how DN might work, but whether it is clinically effective remains unclear.

Of 39 enrolled patients, 20 were allocated to the control group and 19 to the experimental group. At six-month follow up, there was a statistically significant improvement in shoulder flexion ROM in the control group. Aside from this, there were no significant differences in outcomes between the two treatment groups. Both groups showed improvement over time. No adverse events were reported.

The authors concluded that dry needling of the shoulder girdle in addition to standard of care rehabilitation after shoulder stabilization surgery did not significantly improve shoulder ROM, pain, or functional outcome scores when compared with standard of care rehabilitation alone. Both group’s improvement was largely equal over time. The significant difference in flexion at the six-month follow up may be explained by additional time spent receiving passive range of motion (PROM) in the control group. These results provide preliminary evidence that dry needling in a post-surgical population is safe and without significant risk of iatrogenic infection or other adverse events.

This trial followed the infamous A+B versus B design. As [A+B] is more that [B] alone, one would have expected that the experimental group has a better outcome than the control group.

But this was not the case!

Theoretically it can mean one of two things: