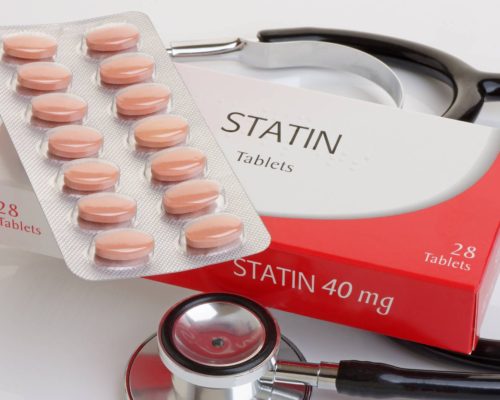 Muscle pain is a common complaint in patients who take statins to lower blood cholesterol levels. However, the connection between the two is still largely unresolved. This is the reason why pharmaceutical scientists Alexandra K. Kiemer and Jessica Hoppstädter from Saarland University set out to identify a potential relationship.

The study published in The FASEB Journal showed that statins cause enhanced production of a protein called ‘GILZ’ that impairs muscle cell function. Kiemer and her team believe that they may have identified the actual cause of the muscle pain affecting patients receiving statins.

Statins are cholesterol-lowering drugs, which are some of the most frequently prescribed drugs around the world. They come with a varied list of side effects, one of them being muscle pain and weakness. “According to figures from observational studies, muscle problems have been found to occur in 5% to 29% of cases. Older patients and female patients appear to be at greater risk of developing these symptoms, but so too are patients that are very physically active,” explains Alexandra K. Kiemer, Professor of Pharmaceutical Biology at Saarland University.

As found in the study, a protein known as GILZ could be responsible for the muscle pain and weakness. There have been numerous experimental studies conducted on this particular protein. Kiemer explains, “The main function of GILZ is actually to suppress inflammatory processes in the body. Statins prevent cardiovascular disease not only by lowering blood cholesterol levels, but also by reducing vascular inflammation. That’s why we thought there might be a connection between statins and GILZ. Our data indicate that the presence of GILZ in the body can have both positive and negative effects.”

These new findings showing the connection between GILZ and statins allowed researchers to build on the initial study. Pharmaceutical researchers then began analyzing data drawn from research databases available around the world. After confirming earlier suspicions, researchers were able to corroborate their hypothesis by creating a series of experiments on living cells. “Statins cause an increase in the cellular production of the GILZ protein. This, however, leads to impaired muscle function, because increased GILZ production results in an increased rate of muscle cell death. In addition, the formation of muscle fibres is inhibited,” says Kiemer.

It was found that when researchers switched off the GILZ protein in living cells, they observed that the damage to the cells and entire muscle fibers became almost completely absent. This research is helping lead the path to new studies in collaboration with sports medicine physicians, as there are many indications that people who engage in a significant amount of physical activity suffer from muscle problems when prescribed statins.