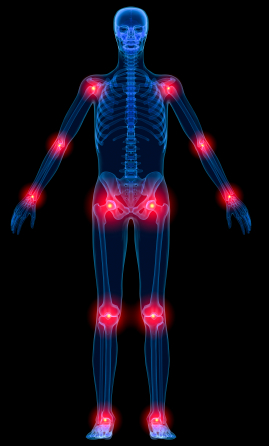 RA is a systemic rheumatic disease that causes inflammation, pain, tenderness and swelling of the joints, which may limit functional activities and lead to permanent disability. This chronic condition is prevalent in up to 1% of the population worldwide, often striking women between 20 and 40 years of age and those in developed countries according to the World Health Organization (WHO). In the U.S., the ACR reports more than one million adults are affected by RA.

Treatment goals for RA aim to interfere with the inflammatory process and early intervention is recommended by experts. Moreover, the ACR and European League Against Rheumatism (EULAR) recently standardized criteria for measuring disease activity in RA, which were published in Arthritis Care & Research and includes:

“Discussion of treatment options by patients and physicians is important in the management of RA,” explains lead author Dr. Daniel Aletaha with Medical University Vienna in Austria. “Many times there is a discrepancy between patients’ and doctors’ views of disease activity, with doctors providing a better rating than the patients.” Currently patients may be asked to assess their disease using the patient global assessment (PGA) and rheumatologists typically measure RA disease with the evaluator global assessment (EGA).

Researchers identified 646 RA patients, who began treatment with methotrexate, from an observational patient database. Patients and physicians completed the PGA and EGA assessments, respectively, which the team used to analyze their determinants.

Results indicate that 78% of PGA variability and 67% of EGA variability could be explained by different measures in the RA patients: PGA variation is determined to about 76% by pain, 1.3% by function, and 0.5% by swollen joints. EGA variations were attributed to: 61% by swollen joints, 5% by pain, 0.6% by function, 0.4% by C-reactive protein, and 0.3% by tender joints.

Dr. Aletaha concludes, “Our study shows pain really drives patient perception of disease activity, while physicians mostly rely on the number of swollen joints when they interpret a patient’s disease activity. The discrepancy of perception between patient and physician were calculated as PGA minus EGA. Pain levels and joint swelling are again explaining these discrepancies to a great deal.” The authors suggest that further understanding of the reasons behind the differing views of disease activity could lead to improved shared decision making between patients and physicians in managing RA.