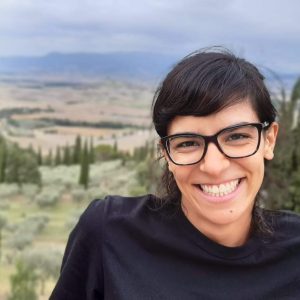 Juvenile idiopathic arthritis (JIA) and rheumatoid arthritis (RA) share several genetic traits, most of which are associated with the immune system, a study shows.

The data may help identify people at risk for both diseases, as well as common therapeutic targets for new or repurposed treatments, the researchers said.

The study, “Genetic architecture study of rheumatoid arthritis and juvenile idiopathic arthritis,” was published in the Journal of Life and Environmental Sciences (PeerJ).

JIA and RA are autoimmune and inflammatory diseases that begin to affect the joints during childhood (JIA) and adulthood (RA). While the diseases differ in many aspects, they lead to some common symptoms, including joint pain and swelling, limited joint mobility and deformity, morning stiffness, and fever. Polyarticular JIA, a subtype of JIA, is particularly similar to RA.

Both diseases are believed to result from genetic and environmental risk factors. Recent genome-wide association studies (GWAS) have identified a large number of genetic variations associated with JIA (129 variants) and RA (789 variants).

These studies search the whole human genome for genetic variations that tend to be associated with a particular condition.

Variants in the human leukocyte antigen (HLA) region have been found to be strong genetic predictors for the development of JIA and RA. This region contains genes that code for cell surface proteins known as the HLA complex, which helps the immune system distinguish own proteins from those of bacteria or viruses. Not surprisingly, mutations in the HLA region have been associated with the development of autoimmune diseases.

Despite their common symptoms, no study has assessed the genetic similarities between JIA and RA.

A team from China and the U.S. used GWAS data on the two diseases, with the aim of identifying a shared genetic signature.

The researchers used genetic traits of JIA from the team’s previous GWAS — which included 1,166 JIA patients and 9,500 unrelated, healthy people of European ancestry — and from other published studies. Genetic traits of RA were collected from a published GWAS including 29,880 RA patients and 73,758 healthy individuals of European and Asian ancestries.

Results showed a significant overlap between the two diseases in genetic variations, not only in the HLA region (in 75 genes or sections), but also in other regions.

Some of these variations were associated with opposing effects in the diseases’ risks, meaning that a particular variation could increase the likelihood of developing one disease and play a protective role in the other. These different effects likely reflect distinct underlying mechanisms and symptoms between JIA and RA, the researchers said.

The two disorders shared alterations in genes involved in 32 signaling pathways. Most of these pathways were associated with HLA genes and the immune system, including those involved in immune responses against transplants, the processing and presentation of foreign molecules to immune cells, type 1 diabetes, autoimmune thyroid disease, and asthma.

When researchers removed HLA genetic variations from their analysis, they identified two pathways highly associated with both diseases: the interleukin-27 (IL-27) pathway and the dioxide nitrogen (NO2)-dependent IL-12 pathway in natural killer (NK) cells, a type of immune cell.

IL-12 and IL-27 belong to the same family of molecules involved in several immune responses. NK cells have been implicated in the development of autoimmune diseases, including JIA and RA.

The findings suggest that abnormal activation of NK cells by IL-12 and deficient levels of IL-27 may contribute to the development of JIA and RA. They also suggest that IL-12 and IL-27 are potential therapeutic targets of these diseases.

“[S]ystematic comparison and further functional characterization of these genetic [variations] and signaling pathways may lead to the identification of common [therapy] targets for both diseases or [treatment] repositioning, and may also contribute to the precision treatment of each disease,” the researchers said.