What to Do When Chronic Illness Is a Source of Embarrassment 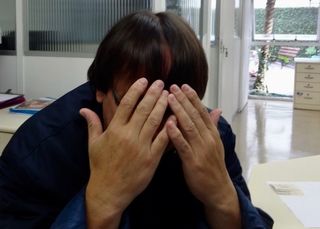 is a feeling of awkward self-consciousness or shame. It manifests as a sense of discomfort or even foolishness around others due to something you’ve said or done. In this case, of course, it’s what you’ve done, which is to become chronically ill. Feeling embarrassed is emotionally painful because it means you feel uncomfortable with yourself.

I’ve felt embarrassed many times since became an ongoing part of my life over 18 years ago. (Chronic illness includes as well as mental illness, too.) I tell myself that it’s silly to feel embarrassed about being chronically ill because illness and pain are a natural part of the human condition. They’re not just one of the risks of being alive; they affect everyone at one time or another.

The problem with embarrassment is that it adds a layer of mental suffering on top of the difficulties you’re already facing with your health (or with life in general). For this reason, it makes sense to look at the sources of embarrassment, because knowing its cause is the best first step in overcoming it.

Here are some of the reasons why those of us who are chronically ill feel embarrassed at times, along with suggestions for overcoming this painful emotion.

We feel embarrassed because we think we’re violating a cultural norm by being chronically ill.

Most of us have unrealistic expectations about health. We’ve been bombarded with cultural messages telling us that perfect health is within our power. All we need do is eat right and exercise and reduce . We internalize these cultural messages. Then, when our lives don’t turn out that way, we feel embarrassed—sometimes even ashamed—as if we’ve done something wrong.

The source of this embarrassment is a distorted view of the human condition, which has led us to hold ourselves to impossibly high standards when it comes to our health. To overcome this source of embarrassment, remind yourself that pain and illness are a natural part of the human life cycle. Everyone has to contend with them at some point in life—some people from the day they’re born. There’s nothing to feel embarrassed about when struggles with your health come calling.

We can feel embarrassed when we have to rely on others for help.

This source of embarrassment also comes from social and cultural conditioning. We’re taught from early to put a high value on being self-sufficient in every way, so we never have to rely on others. But that’s another unrealistic expectation! Everyone relies on others in some way, whether healthy or not. They may rely on others for financial support or emotional support. They may rely on them for help with everyday tasks, such as transportation.

And yet, despite this, when the state of our health makes it necessary to ask others for help (even something as simple as going to the store for us), we feel embarrassed—again because we feel as if we’re violating a cultural norm that dictates that we be 100 percent self-sufficient.

To overcome this source of embarrassment, remind yourself that everyone depends on others in life to one extent to another.

Also, recognize that our embarrassment may be misplaced because we may have made an erroneous assumption about a particular person. We may be assuming that we’re not living up to his or her expectations about us. But there’s no reason to assume that. Those you need to rely on are likely to be happy to help. In my experience, it makes them feel good because, although they can’t cure your pain or illness, helping you out in some way is one thing they can do to make your life easier. (In the second heading below, I’ll address what to do when others aren’t supportive in this way.)

We can feel embarrassed when we can’t “blend in” due to our need for special accommodations—a chair, a special , the flexibility to leave an event early if we need to.

When I was a child, I wanted to blend in more than anything. I wanted to be invisible. But when my father died when I was 10, invisibility became impossible. All of my friends knew. Everyone at school knew (I was in the sixth grade). In addition to being devastated (he was the light of my life), I was embarrassed. Yes, embarrassed. I was even mad at him for dying and putting me in this embarrassing position. And then, of course, I felt guilty for feeling that way.

These feelings dogged me until I read Dick Cavett’s memoir in my early 20s. He recounted having had the same reaction when his mother died when he was ten years old. He wrote that he was embarrassed because he couldn’t blend in anymore—everyone knew that he was the kid who’d lost his mother. This made him angry at her, and the embarrassment and both made him feel guilty. When I read that, I thought “Wow. Just like me.” Knowing that he’d had the same feelings I did relieved me of a burden I’d been carrying around for years.

I’ve always been to him for sharing his story. It changed my life. Then I became chronically ill and had to work through this “not being able to blend in” all over again. I thought I stood out like a sore thumb in every social situation. I was the one who had to leave early. If people were at our house, I was the one who had to leave the room to go lie down in the middle of their visit. This led, not just to embarrassment, but to self-recrimination—which added another layer of mental suffering of course.

To overcome this source of embarrassment, first, realize that no one is paying as much to what you do you as you are. In fact, most people aren’t paying attention to you at all. We tend to be so self-conscious that we think everyone is noticing everything we do. But do you notice everything others do? No!

Second, remember that you may be wrong in your assumption that it even matters to others if you have to leave their place early or go lie down when they’re visiting at your place. So many times, our embarrassment stems from misreading what others are thinking. Try assuming the best of others instead of the worst.

Third, cultivate compassion for yourself. It’s not your fault that chronic illness requires that you make your needs known (and so can’t blend in). Speak kindly to yourself about it.

Just last weekend, my husband and I, who live in California, were visited by two close friends who live in Sydney, Australia. They were here for six hours. At some point, my illness caught up with me. I was too sick and in too much pain to continue visiting. I got up, said to everyone, “Keep on talking! I just need to lie down,” and went into the bedroom. Of course, it made me sad. I comforted myself with words that went something like this: “It’s so hard to always have to take my health into account. I wish I could continue visiting, but I can’t. It’s okay. It’s just how my life is.” As I spoke compassionately to myself, I stroked one arm with the hand of the other. This never fails to ease my mental suffering.

We can feel embarrassed if we have to justify being chronically ill in the face of skeptical doctors or loved ones.

We’re embarrassed because, once again, due to messages from the media (and sometimes even people we’re close to), we’ve been conditioned to think that we’re always supposed to be healthy. Feeling embarrassed because we’re forced to justify our pain and/or illness around others can have negative consequences for us. When someone questions the state of our health (maybe with a comment such as, “Aw, come on; it can’t be that bad”), it can lead us to question our own judgment.

To overcome this source of embarrassment, tell yourself (over and over if necessary): “I’m the one in this body” [or in the case of mental illness] "I’m the one with this mind, and so I’m the best judge of how I’m feeling. I’m going to trust my own judgment, and I vow never to take sides against myself.”

As for me, I used to be terribly embarrassed about my health because I worried that some people thought I was a malingerer—someone who feigns illness in order to avoid work or social interactions. It took years, but now I don’t care if someone doesn’t believe how sick I am. I know, and I’m committed to doing whatever is necessary to accommodate my pain and illness.

If you’re embarrassed because you’re chronically ill, I hope this piece has helped you see that you can overcome this painful emotion by taking a more realistic view of the human condition and by recognizing the emotional pain that results when you hold yourself to unrealistically high standards.

I also hope you understand that you’re often wrong in your assessment of what others are thinking about you—assessments that leave you feeling embarrassed unnecessarily. As I said above, no one is paying as much attention to you as you are (think of how embarrassed you feel when you trip on a stair, even though those around you rarely notice).

Finally, if someone is judging you negatively, remember that it’s his or her problem, not yours. If this happens, your task is to not pay attention to how others are evaluating you but to pay attention to how you’re treating yourself—and that should be with compassion, kindness, and understanding.

I hope you’ll vow to never take sides against yourself. It may be the best gift you’ll ever receive.

You might also like: “How to Talk to Yourself” and “What to Do When Gratitude is in Short Supply.”