Painkiller packs cut down to size as opioid crackdown intensifies 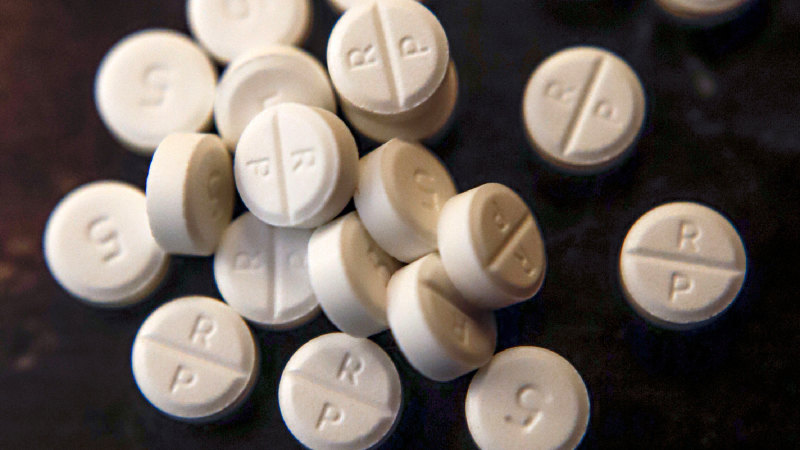 The changes, to be introduced from June 1, would require patients who have used prescription opioid painkillers for a year to have their case reviewed by another doctor or pain specialist. It is understood the size of opioid-based painkiller packs, including codeine and hydromorphone, will be cut in half, from 20 tablets to 10, and no repeats will be allowed unless a special exemption is sought and received by a doctor. “To be eligible for treatment with opioids, patients will need to be unresponsive or intolerant, or have achieved inadequate relief of their acute pain, to maximum tolerated doses of non-opioid treatments,” a statement on the Pharmaceutical Benefits Scheme website said. Products impacted by the regulatory changes include tramadol, tapentadol, codeine, buprenorphine, hydromorphone, morphine, oxycodone and fentanyl.

Larger packs of medication will be available to patients who require long-term treatment of chronic pain with opioids, and doctors will be able to request authorisation of additional medication or repeats, a health department spokeswoman said. “Importantly, the changes will not reduce access to opioid prescription medicines for people with cancer-related pain or those in palliative care,” she said. The Royal Australian College of General Practitioners’ chair of addiction medicine Dr Hester Wilson said reduced pack sizes meant people would only receive a day or two's worth of painkillers. Dr Wilson said many of these larger packs were not fully used “so they were sitting around in people's medicine chest … or being given to friends or family.”

She said if people were being discharged from hospital after surgery and still needed pain relief after 10 tablets, they should return to their doctor anyway. “It means that things need to be looked at again,” Dr Wilson said. “There will be a group of people [that] do need to need additional opioids for a long period of time, however, that really needs to be done in a supervised, ordered way.” The college of GPs has highlighted the importance of getting naloxone, a drug that can reverse opioid overdose via a nasal spray, to patients who may be at risk and ensuring that pharmacotherapy and drug treatment services were available.

“Withdrawal from opioids is very, very unpleasant,” Dr Wilson said. “And there is a risk that people will then turn to buying things from friends or buying them from people that they know and not actually have the level of medical supervision and support they need to ensure that they remain safe.” Despite continued tightening of restrictions to opioid access in recent years, prescriptions have continued to rise. There were 15.42 million scripts dispensed in 2016–17, an increase from 13.08 million since 2012-13. Meanwhile, large sections of the Australian population live with daily pain, an estimated one in five people over the age of 45.

Paula Ellis has struggled with a dependence on painkillers since she was a teenager. Paula Ellis, 50, wishes it hadn’t been so easy for her to get hold of painkillers when she was a teenager and first developed migranes, triggering a lifetime battle with opioid misuse, which she has begun to get under control with treatment. “It was always available. It didn’t matter where I was in the house, it was there.” Later on, the mother-of-two went from chemist to chemist to get packets of codeine. “I could take 40 or 50 tablets a day, it was terrible,” she said. “I’ve lost a lot of my life to it.”