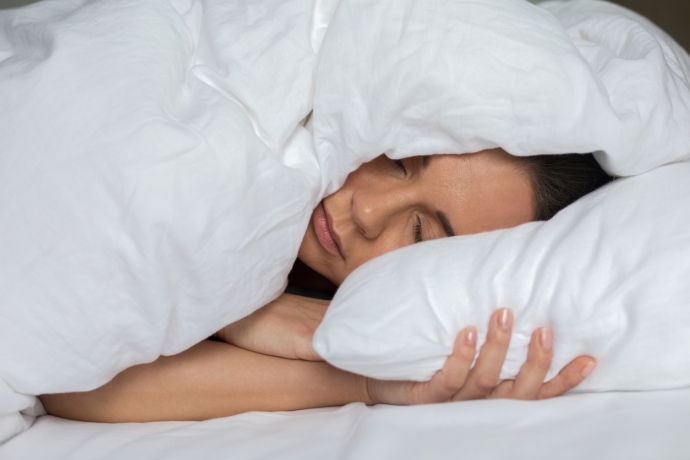 Coming down with COVID-19 is stressful for anyone, but it can be even harder if you’re already living with a chronic illness. Here, two individuals tell what it was like for them.

Christy Sagal Orrick, a Denver mom of one who has fibromyalgia, osteoarthritis, migraine, chronic fatigue syndrome, and asthma, woke up on March 12, 2020 with some unpleasant GI symptoms.

Christy, who is 47 and lives with her husband and adolescent daughter, briefly considered whether it might be COVID-19. “I figured it was anxiety that was causing me to think I might have the virus,” she recalls. “But then after almost two weeks of GI symptoms, I woke up with a throat tickle. I called my doctor.”

By March 25, she had a fever and felt really sick. “My lungs started to clamp down. I felt like I had a huge weight sitting on my chest,” she recalls. “My lungs were really hurting, and that is not normal for me with any of my chronic conditions. My doctor said that I was presumed positive for COVID-19 and that it was best to hold out at home.”

She was told to go to the hospital only if she was having trouble breathing.

“It was very confusing for me,” she says. “I thought to myself, if I can get through this, I will be okay. But there was also fear. I had my hospital bag all packed just in case.”

Christy, who also has hypothyroidism and hypertension, recalls feeling short of breath and even more fatigued than usual. “I was in bed for three weeks straight and I couldn’t do anything,” she says.  She didn’t go to the doctor’s office for a test for COVID until April 10 because she didn’t meet all the criteria, such as being a frontline healthcare worker. “When I finally got the test, it was negative, but the doctor told me that I was still presumed positive,” she says. “They felt I had been positive and that the virus had been in my system but then left my system.”

She was especially afraid of being hospitalized because she didn’t know whether the hospital would give her all the long-term pain management medications she takes. “One of my panicked thoughts was, if I have to go on a vent, how would I know that someone would give me my medications?” she recalls.

To try to ensure that this didn’t happen, she wrote on a sheet of paper all the medications she takes, along with the dosages, and gave it to her husband. “I take medications such as gabapentin (an anticonvulsant often used for pain management) that if you pull someone off of them, you could have a seizure,” she recalls. “And I thought that someone would forget to give me my ongoing medications and that this would kill me.”

Fortunately for Christy, she was able to stay at home during her illness. Her doctors checked in regularly. She tested her oxygen saturation with a borrowed pulse oximeter every few hours, and although occasionally it dipped a little bit, it always quickly returned to normal. “I made sure to lie on my stomach as the doctor advised me to if I felt my lungs clamping down,” Christy recalls. “And I just managed as best I could. It felt like four weeks of being in imminent danger.”

Thinking Back to How She Got the Virus to Finally Recovering

Unsure of how she contracted the virus, Christy thinks it is possible she got it from her daughter, who attends a school with a lot of international students, and earlier in March, had been sick with a persistent cough and low fever. Christy’s husband, who travels for work, may have had a mild version of the virus as well, she says. “He was pretty worn down at the same time I was getting sick for about a week and he is generally very healthy,” she says.

Christy didn’t isolate from her family but often was so exhausted that she stayed in the bedroom. “My husband and daughter would bring me what I needed when I was too weak to even go downstairs,” she recalls.

By mid-May, Christy had begun to experience less fatigue and her temperature returned to normal. But she still has some lung irritation and tightness (her doctor prescribed an antibiotic Z-pack for this) and she says the weeks of illness took a mental toll on her.

“I had to shift my thinking and say, you know what? I am on my own here,” she says. “I am used to pushing through chronic pain and I am tough. I’ve had ER level migraines where I have had to be put on an IV for the pain. But this was weeks of lung issues and feeling really sick. Now, I’m finally on the other side.”

Anamaria (Mimi) Grabovenko, who owns two preschools on Long Island, had just finished hosting two hour-long Zoom meetings with some of her students and was cooking dinner for her family on March 31, when she suddenly felt ill. She ran a low-grade fever that night and the next day, her fever had gone. But then she developed a barking cough and her temperature went up - rising as high as 104.7 over the next week.

Because Mimi has multiple sclerosis (she was diagnosed 17 years ago with relapsing-remitting MS), she was considered to be at higher risk and given a test for COVID-19 on April 2. Her doctor also ordered a chest X-ray because she was experiencing chest tightness, but luckily, she did not have pneumonia. On April 4, her COVID-19 test came back: positive.

In addition to the fever, her symptoms included a horrible cough, vomiting, diarrhea, sores on her feet and toes, and a rash on her chest, stomach, and thighs. She also lost her senses of smell and taste, but fortunately, regained both of these after a couple of weeks.

For the first 22 days of her illness, Mimi sat isolated in her bedroom before moving into the family’s pool house in order to further distance from her husband and their daughter, a college freshman who had recently returned home when her school closed. For about five of those days, Mimi took Tylenol every six hours and entered a steamy shower up to three to five times a day to help loosen her cough and ease her chest tightness. (More on chest pain and COVID19.)

“I think it was because I have MS, that my doctor also prescribed a Z-pack and inhaler for me the day I got tested,” she says. “They also prescribed cough medicine but it wasn’t in stock so I never picked it up. The steam showers really helped, though.”

Mimi’s MS neurologist and internist called her every other day to check in. After 20 days of fever that rose and fell, the fever broke and she was fever-free for six days. On May 10, she got retested for COVID-19. Two days later, she got the result: still positive. Her low-grade fever returned the same day.

“I requested to get tested again because my daughter may have an autoimmune disease, they aren’t sure yet,” she says. “I don’t want to move back into the house until I test negative.”

Mimi’s doctor plans to test her again for the virus, and for coronavirus antibodies. “As much as I would like to donate plasma and help someone else, I can’t because of my MS,” she says. Since being diagnosed COVID-19, she has had to delay the treatment she normally receives for her MS, which consists of injections every few months.

Mimi still has a cough and her doctor has prescribed another antibiotic, doxycycline. This time, she feels like she is improving. While there have been nights when she barely slept, Mimi says she is sleeping better again. She wishes she could move back into the house.

“My mother comes and drops off fruit and vegetables for me, and whenever I need something from the house, I just call and my husband or daughter bring it to me,” she says. “I just want to be all better. I would like human contact with my family again.”