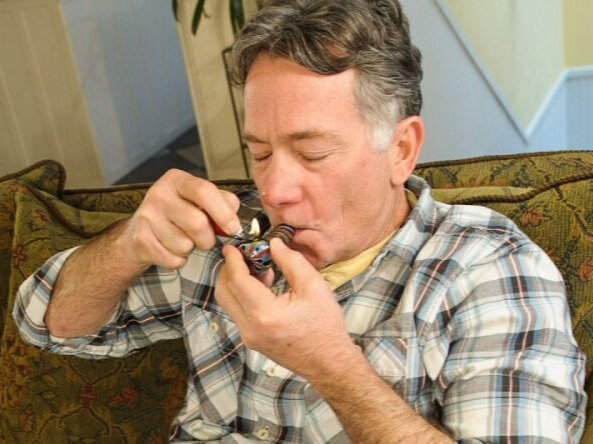 People who use medical marijuana multiple times a day are more likely to have high levels of chronic pain, but that may be a reflection of other health problems, according to a new study.

The study, recently published in the International Journal of Drug Policy,is basedon a survey of 295 medical marijuana dispensary patients in Los Angeles in 2013. Participants were asked about their pain levels, how often they used marijuana, and how their current health status compared to a year earlier.

Those who reported high levels of pain were more likely to use cannabis three or more times a day, but researchers say that doesn’t necessarily mean they used cannabis for pain relief alone.

"It may not be the pain that patients are trying to address," said lead author Alexis Cooke, a postdoctoral scholar in psychiatry at the University of California, San Francisco. "Having high chronic pain is related to poorer health, so it may be that people who are using marijuana more often already had worse health to begin with.

"Chronic pain is also associated with depression and anxiety. Marijuana may help with these problems for some people, even if it doesn't help with the pain.”

Among those surveyed, 31% reported high pain levels, 24% had moderate pain, and 44% were in the low-pain category.

The percentage of participants who used marijuana daily did not differ by pain category. But about 60% of those who reported high pain used cannabis three or more times a day, compared to 51% of those with moderate pain and 39% of those in the low-pain group.

"It's not clear if marijuana is helping or not," said co-author Bridget Freisthler, a professor of social work at The Ohio State University. "The benefits aren't as clear-cut as some people assume."

"It shows how little we know about marijuana as medicine, how people are using it, the dosages they are receiving and its long-term effects."

While the findings are mixed, the authors concluded that for cannabis, “the best available evidence suggests a possible benefit for the treatment of chronic pain.”

It all may boil down to how much tetrahydrocannabinol (THC) -- the psychoactive ingredient in marijuana – is in the cannabis people are consuming.

A recent survey of nearly 3,000 cannabis users by researchers at the University of New Mexico found that those who used whole cannabis flowers or buds rich in THC reduced their pain levels an average of three points on a 0 to 10 pain score. Surprisingly, those who ingested cannabidiol (CBD) did not experience similar pain relief.

An earlier study by the same researchers found that cannabis also provides relief from insomnia, seizures, depression, anxiety and fatigue. That study also found that THC was more important than CBD in generating therapeutic benefits.