People with Chronic Pain Must Prepare for the Coronavirus 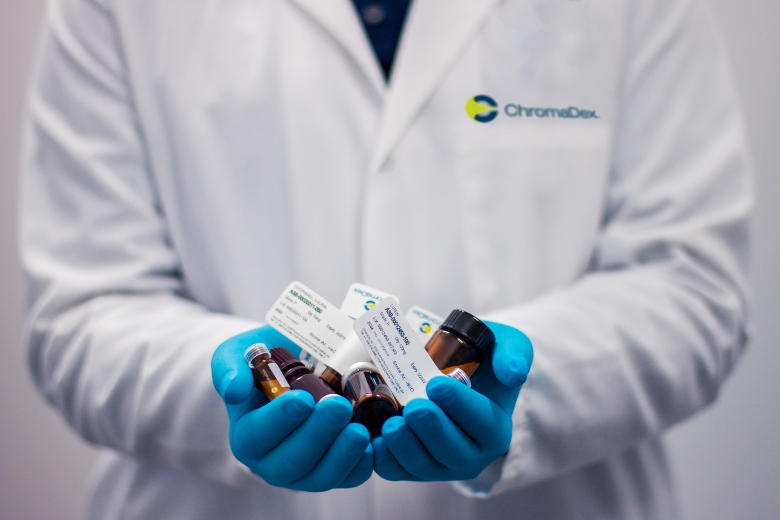 The new coronavirus, COVID-19, is real. It is not a political fabrication, and it is not a hoax. Its dangers have not been exaggerated.

With 1,629 confirmed cases in the United States as I write this, we are now in the acceleration state of the pandemic. In Italy, there were three confirmed cases of coronavirus less than a month ago. Now 60 million people in that country are on lockdown.

Although the trajectory of this coronavirus is difficult to predict for the U.S., we can look at the history of other viruses to know what might happen.

Within a week or two, there will probably be thousands of people in the U.S. who have the coronavirus. Most likely, the virus will remain a threat to the United States for at least a year. We almost certainly will not see a vaccine before then. By the time we have developed a vaccine, the virus will have infected millions of Americans and will probably have mutated in unpredictable ways.

As I wrote in a previous blog, the people with an increased risk for experiencing severe symptoms from, and possibly dying of, COVID-19, are seniors and those with chronic illness. Of course, people in chronic pain are part of this high risk group. Lethality of COVID-19 had been reported at about two percent earlier on, but some estimates have now upwardly revised that number. However, we don’t know how many people have been infected, so it is impossible to know the true rate of mortality (which is the number of deaths compared to the number of people diagnosed). As we improve our ability to test for the virus, hopefully we will see the rate of mortality decrease, although the number of deaths will continue to increase.

The 1918 flu, also known as the Spanish flu, infected one-third of the world’s population. Even though the pandemic lasted only 15 months, it still reportedly killed between 50 million and 100 million people worldwide. An estimated 670,000 of them were Americans. Adjusted for population growth, the number of Americans killed would be more than 1.8 million today. It was the deadliest disease outbreak in human history so far.

One of the takeaways of past pandemics is that we must recognize the speed at which a virus can spread and the importance of preparing as early as possible.

Every person in the United States should have a plan in place for dealing with the coronavirus. In the best-case scenario, our lives will be relatively unaffected. But we would be remiss to count on the best outcome. Wishful thinking won’t help us. Preparedness may.

One of my colleagues told me that during Hurricane Katrina, hundreds of patients in the Mississippi area with intrathecal delivery systems for conveying pain medications to the spinal canal were unable to be seen by their physicians. Many of the pumps ran dry during and after the hurricane because patients could not reach their doctors, or the doctors could not obtain the medications from the compounding pharmacy. They experienced a tremendous increase in pain, and many patients were forced into severe opioid withdrawal.

Pain patients weren’t the only ones who suffered. Intra-abdominal pumps delivering insulin also ran dry. Thousands of patients experienced insulin withdrawal or diabetic coma. Many people with complex medical problems, including cancer, could not receive life-sustaining therapies. Some people died.

Think of COVID-19 as another natural disaster, and anticipate the same potential problems. Begin your planning immediately by talking with your doctor. Some of the questions to cover are:

In the event of widespread sicknesses and quarantines, will the office be open? Can you get medicines delivered to you if people are not able to leave their home?

What if your doctor is ill? Will they have someone who can fill in for them? How much medicine will you need to ride out a community-wide quarantine?

Some experts recommend picking up additional medication in case of an emergency.  Ask your provider how they feel about that.

How long can you last if there are nationwide supply problems, and if your doctor, nurse practitioner, or pharmacist can’t get your medication? What are your options? You may need to go to a different doctor. However, that can be problematic because fewer doctors are accepting new pain patients. Also, if you do need to find another doctor, the prescription monitoring database may show that you have obtained medications from two or more different providers. You may be labeled as a doctor shopper. Ask your doctor how to avoid this problem.

When meeting with your provider, be transparent about your concerns. Avoid panicking.

If you are infected, the virus may affect your ability to breathe. Opioids can add to breathing difficulties caused by viral infections, so be prepared to reduce the amount of your medication. Discuss with your doctor how to decrease your dose to remain safe.

Be prepared to ask your doctor the right questions now, and come up with a plan together. Think of coronavirus as a serious threat, but trust that you can prepare to mitigate the harm.

This is like war. But the invader is not a human enemy. It is an enemy of humans. It is an infection.

Lynn R. Webster, MD, is a vice president of scientific affairs for PRA Health Sciences and consults with the pharmaceutical industry. He is author of the award-winning book,“The Painful Truth,” and co-producer of the documentary,“It Hurts Until You Die.” Opinions expressed here are those of the author alone and do not reflect the views or policy of PRA Health Sciences.