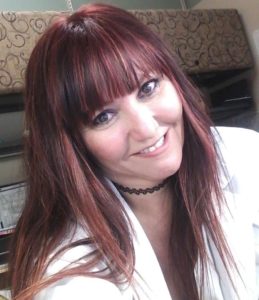 How can we intervene with natural products?

How do Omega 3’s and other medicinal oils work to calm inflammation?

Omega 3’s an active ingredients in medicinal oils. Medicinal Oils are fish oils, flax seed oil, olive oil and a few others. These oils can be purchased in pill form, or in a culinary form for cooking and making salads. The NIH (National Institute of Health) website lists all the foods and oils high in omega 3’s. They do not list olive oil, but some manufactures list the omega 3 content in their olive oil. Also, the Mediterranean diet, which includes olive oil as a main staple, has amazing health and longevity effects. Therefore, many people consider olive oil a medicinal oil, even though it doesn’t have high levels of Omega 3’s.

However wide spread inflammation and swelling are very complicated. There are many signaling biochemicals, two of which include interleukins and tumor necrosis factor. When systemic inflammation is out of control all these chemicals need to be dealt with. It appears that Omega3 oils can help a little, but not enough to alter a bad outcome.

Turmeric also known as curcumin:  Is a root spice similar to ginger. It is an ancient herb that has been used for centuries in India and Asia for its longevity and medicinal properties. According to natural database.com the best evidence supports its use in arthritis, rheumatoid and osteo, hay fever type allergies, ulcerative colitis, depression, hyperlipidemia, nonalcoholic fatty liver disease, and itching. However, turmeric must be consumed for weeks before the beneficial effects are noticed. It does not work immediately as we generally expect of over-the-counter medications such as ibuprofen.

According to naturaldatabase.com, curcumin, the active ingredient in turmeric, seems to have anti-inflammatory activity, possibly by inhibiting cyclooxygenase-2 (COX-2), prostaglandins, leukotrienes, tumor necrosis factor and other cytokines involved in pro-inflammatory signaling pathways. The data base lists 10 different references to support this statement. The database also reports that Curcumin also seems to inhibit inflammatory enzymes such as collagenase, elastase, and hyaluronidase.

Anti-inflammatory drugs such as ibuprofen and prednisone double as pain medications. Natural products that reduce inflammation can also treat and alleviate pain. However, natural supplements are more subtle in their onset of action. They could potentially take days or weeks to start working. But for people living with chronic pain who are desperate for relief, natural supplements, especially turmeric, offer hope. Long term and consistent use of these products is key.

In a 2016 evaluation of the medical literature (a meta-analaysis) turmeric was compared to ibuprofen and diclofenac. The results showed that 8-12 weeks of standardized turmeric extracts, typically 1000mg/day of curcumin, resulted in pain relief and reduction of inflammation similar to the anti-inflammatory drugs ibuprofen and diclofenac. The study evaluated people with various types of arthritis including osteo and rheumatoid.

Unfortunately, omega three oils don’t seem to affect pain. Their role seems to be more of an immune stabilizer with regards to systemic inflammation.

How Safe are these Natural Products?

Turmeric as a food source seems to be very safe, however when taken in high doses (8,000 mg-12,000 mg) in a pill form there is a potential for mild nausea, and diarrhea.Also there is a concern that high doses of turmeric could alter the metabolism of other drugs. There is a case report of a 54-year old man who took about 15 spoonful’s every day for 10 days. That is equivalent to 1,000 mg three times a day. (In general, 1 tsp yields 200 mg of curcumin depending on the product.) He was on tacrolimus to prevent kidney rejection after a transplant. The turmeric altered the enzymes in his liver and that caused toxic accumulation of the tacrolimus. Therefore, it is always best to discuss your usage of natural products with  your pharmacist or doctor when you start (or stop) taking a supplement so that you can be monitored appropriately, as abruptly stopping a product that affects metabolism of another drug could also affect blood levels of that drug.

Fish oil and other medicinal oils seem to be very safe. Unlike traditional medications, they can be taken over a long period of time without bad consequences.

Regarding fish oil pills, there has been some reports of mercury contamination. Mercury is described as a biochemical disruptor. A biochemical disruptor can hamper the production of energy and hormonal functions and cause non-specific symptoms of bad health. Fish oil manufactures are now on high alert to this concern and new improved products are entering the market. Flax seed oil is a vegetarian based Omega-3 oil that does not have the same concerns for mercury contamination.

What do the medical experts say about diseases of aging and inflammation:

The Heart association states on its website that more information is needed and statin drugs possibly also work by reducing inflammation within the blood vessels. There is even a Cardiovascular Inflammation Reduction Trial (CIRT) and Canakinumab Anti-Inflammatory Thrombosis Outcomes Study (CANTOS) trial involving canakinumab, an interleukin (IL)-1β neutralizing monoclonal antibody. These trials are in the process of validating inflammation as a viable target for preventing cardiovascular disease. Preliminary results show that there is a link, and possible interventions.

The National Cancer Institute NIH state on its website that over time, chronic inflammation can cause DNA damage and lead to cancer. People with chronic inflammatory bowel diseases, such as ulcerative colitis and Crohn disease, have an increased risk of colon cancer.

The American Diabetes Association does not have an official statement regarding diabetes and the link to inflammation. However, in a press release they mention that salsalate (an anti-inflammatory drug) improves diabetes. Anti-Inflammatory Drug, Used for Decades, Now Found to Lower Blood Glucose Levels in People with Type 2 Diabetes Statement from the American Diabetes association

What are some other interventions to reduce systemic inflammation? The following table list areas to explore for possible intervention.

Inflammation can cause havoc in our bodies. Anti-inflammatory drugs have side effects, especially when taken for long periods of time. But we are not powerless against inflammation. We can take control of our health and restore our bodies with natural products, life style changes, and dietary changes.  It won’t be easy, but it will be worth it. Health is wealth, and knowledge is power.

As always, comments are welcomed with enthusiasm!

Bio: Gunda Siska PharmD RPh is a hospital pharmacist and writer. This blog is an excerpt from her book Investing in Your Health:A Pharmacist’s Guide to Choosing Natural Products. It is expected to be released June 2020. Please follow Dr. Siska on Twitter @GundaSiska for more excerpts and the release of the book.