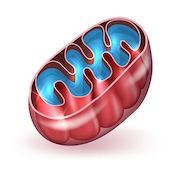 It takes billions of dollars and years of research and testing to develop new drugs, including novel treatments for chronic pain. So rather than try to reinvent the wheel, one strategy pain researchers have been pursuing is to repurpose drugs already approved for other conditions to help people with pain. A new study provides further evidence for the feasibility of this strategy.

Researchers led by Peter Grace, University of Texas MD Anderson Cancer Center, Houston, US, report that treating nerve-injured rats with dimethyl fumarate, a drug already in clinical use to treat relapsing-remitting multiple sclerosis, relieved pain-like behaviors in the animals. The authors further found that this effect resulted from activation of NFE2L2, a transcription factor that increases the expression of antioxidants and reverses oxidative stress. This led to improvement in mitochondrial function and also decreased the expression of proinflammatory cytokines.

“Dimethyl fumarate would be a promising therapeutic option to treat neuropathic pain,” wrote Fumimasa Amaya, Kyoto Prefectural University of Medicine, Japan, in an email to PRF. “The strong point is that this study validated the therapeutic efficacy of a clinically approved drug with a substantial therapeutic window,” according to Amaya, who was not involved with the new work.

The study appeared in the February 2020 issue of Anesthesiology.

When one antioxidant is not enough, look to the master regulator

Nerve injury causes oxidative stress in cells along the pain neuraxis, including dorsal root ganglia (DRG) neurons and immune cells like macrophages and microglia. This oxidative stress is caused by a build-up of free radicals and reactive oxygen species such as hydrogen peroxide and superoxide. These unstable molecules damage cells and, in the context of nerve injury, promote nociceptor hyperexcitability.

The goal of the new study was to reverse oxidative stress by activating antioxidants, which act like cleansers to clear out free radicals and restore oxidative balance in cells. In several previous studies, researchers had made efforts to treat chronic pain using antioxidants, but, according to Grace, this approach had limited success.

“People tried to supplement individual antioxidants such as glutathione and vitamin E, which worked well in treating pain behaviors in neuropathic animal models, but this hasn’t translated so well to humans,” Grace told PRF. But, he continued, “there are numerous free radicals and multiple catabolic pathways that cause oxidative stress following nerve injury, so if you supplement only one antioxidant, it doesn’t clean up all the bad players that are doing all the dirty work.”

That was why the current study authors turned to dimethyl fumarate, an agent known to stimulate antioxidant activity by upregulating the transcription factor NFE2L2.

“We thought that if there are many free radicals that are doing nasty things, then perhaps we could go upstream and stimulate an endogenous pathway to mop them all up at once. That was why we chose to target NFE2L2 with dimethyl fumarate, because this transcription factor is known to be the master regulator of the antioxidant response,” Grace explained.

The drug alleviated mechanical allodynia in both male and female nerve-injured rats. Similar results were seen in an operant assay where dimethyl fumarate increased the proportion of nerve-injured rats that crossed over a series of sharp mechanical probes in order to get away from an aversive, brightly lit side of a chamber and move to the dark side of the chamber.

To begin this set of experiments, the authors established, via immunohistochemistry and Western blotting, that dimethyl fumarate activated NFE2L2 in DRG neurons. Next was to understand the downstream consequences of this.

“NFE2L2 is a major component of the antioxidant system, being responsible for the transcription of over 200 antioxidant-related genes,” Li explained. So the authors next looked at some of those genes, narrowing their focus to those involved in the synthesis and activity of glutathione, a representative antioxidant in DRG neurons after spared nerve injury.

Total levels of glutathione protein as well as of superoxide dismutase, another representative antioxidant, went down after nerve injury, compared to sham animals. But the researchers found that dimethyl fumarate increased the expression of genes encoding subunits of the first rate-limiting enzyme in glutathione synthesis, as well as genes that encode cytosolic and mitochondrial superoxide dismutase, in dissociated DRG neurons from nerve-injured rats.

The drug also increased the total amount of glutathione protein levels in DRG neurons from the animals, compared to neurons from sham animals that had received vehicle treatment. In addition, dimethyl fumarate reversed the oxidative damage to DNA/RNA caused by nerve injury. This showed that the drug could decrease oxidative stress.

The next question was whether dimethyl fumarate could restore mitochondrial function after nerve injury. Here, Grace pulled in the expertise of study co-author Annemieke Kavelaars, whose group used the seahorse assay, which gauges mitochondrial oxygen consumption. Results showed that dimethyl fumarate improved several measures of oxygen consumption in DRG neurons from nerve-injured animals.

“It is remarkable that dimethyl fumarate increased activation of NFE2L2 but did not increase antioxidant activity in the sham-operated group,” Amaya noted. “That means activation of NFE2L2 is not sufficient to promote transcription of antioxidant-related genes, which requires induction of reactive oxygen species or another cellular stressor.”

A final set of experiments showed that dimethyl fumarate reduced messenger RNA expression and protein levels of cytokines in DRG neurons. This made sense, since proinflammatory cytokines and chemokines are known to be induced downstream of reactive oxygen species and contribute to neuropathic pain.

That dimethyl fumarate could ease pain is particularly exciting in light of the drug’s proven track record for a different condition.

“Dimethyl fumarate is already approved by the U.S. Food and Drug Administration and the European Medicines Agency to treat relapsing-remitting multiple sclerosis. That’s a big advantage for clinical use in neuropathic pain,” Li said.

“We think this is a good basis to already begin clinical trials in patients with neuropathic pain, and that’s something we want to get off the ground,” Grace told PRF.

In the meantime, there are several open research questions for future animal studies to address. One pertains to the cell types that may be involved in dimethyl fumarate’s mechanism of action, beyond DRG neurons.

“Because dimethyl fumarate was administered orally, NFE2L2 activation should have occurred in neurons of the central nervous system and immune cells at the site of injury,” Amaya told PRF.

Grace agreed. “We are trying to understand the cellular mechanisms of dimethyl fumarate,” he said. “We want to know which cells are being targeted and if there is any preferential engagement of NFE2L2 in different cell types after nerve injury. For example, we know that macrophages that invade the DRG after nerve injury, and microglia in the dorsal horn of the spinal cord, are major sources of free radicals.

"We also want to investigate whether dimethyl fumarate can be used to treat oxidative stress in other chronic pain models,” such as models of inflammatory pain, Grace added.

Fred Schwaller, PhD, is a postdoctoral researcher at the Max Delbrück Center for Molecular Medicine in Berlin, Germany.