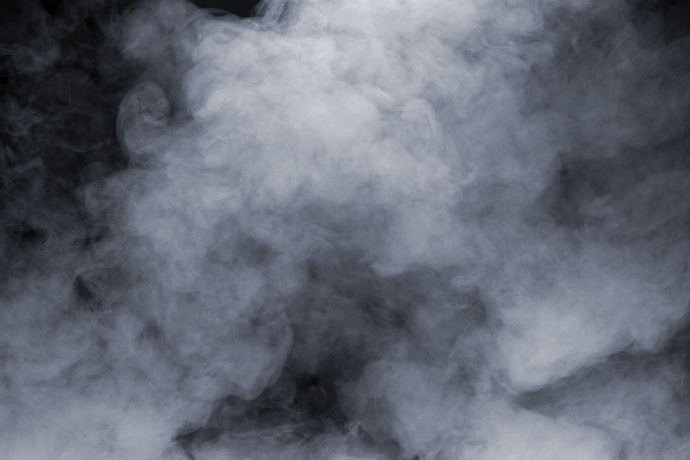 Michele Kaseta of Grosse Pointe, Michigan, has been living with chronic pain for 30 years. She says the pain—caused by temporomandibular joint issues (TMJ) and fibromyalgia—changed her life. “My family has suffered; it caused my divorce.”

But constant pain isn’t her only challenge. Cognitive issues that accompany her condition, known as “brain fog,” have also been difficult. Brain fog is a collection of symptoms that include short-term memory loss, difficulty concentrating, and a mental slowness that makes it harder to process information.

Michele says the condition reduced her quality of life and even delayed her academic career. Earning her doctorate “should have been done a long, long time ago,” says the 52-year-old Wayne State University administrator and lecturer who recently completed her dissertation.

“Brain fog becomes a real problem when it persists over weeks and months,” as it can with a chronic illness, explains Marian Rissenberg, PhD, a clinical neuropsychologist in Katona, New York. “Brain fog reflects impaired function of the executive system…the most broadly and richly interconnected neural network in the brain,” which plays a key role in problem-solving, time management, and focus. She thinks of brain fog “as the brain in power saver mode.”

Studies show that “between 15 and 40% of patients with chronic pain can have” brain fog, adds Vinnidhy Dave, DO, director of medical pain management at the Hospital for Special Surgery in New York City. While it can occur with any chronic pain condition, the most common are fibromyalgia, rheumatoid arthritis, and complex regional pain syndrome (CRPS).

So what causes these cognitive problems, and how can they be fixed? Many factors play a role in brain fog and there is no “magic pill” to resolve it. To get to the bottom of the problem, experts advise that doctors review the patient’s medications, lifestyle, mental health, and how well the underlying illness is controlled. “The bottom line is to treat the total picture,” says W. Michael Hooten, MD, American Academy of Pain Medicine director-at-large and professor of anesthesiology at the Mayo Clinic in Rochester, Minnesota. Dr. Hooten is also a member of the PPM Editorial Advisory Board. “Don’t try to just treat the cognitive problems.”

While higher doses of opioids are known to reduce mental clarity, other medications, such as the neuropathic agents, gabapentin, pregabalin, amitriptyline, and nortriptyline can have the same effect. If a medication is suspected of contributing to brain fog, reducing the dosage or trying an alternative may help.

No matter the pain condition, reducing disease activity—that is, how prevalent it is—often improves mental clarity. Ms. Kaseta says she believes her brain fog worsens when her pain is most intense and improves when she’s feeling better. “Getting the pain better controlled…and working with your [doctor] to find the right medications,” can help, says Dr. Dave.

Pain can make sleep difficult, and sleep deprivation—a known cause of mental sluggishness and memory loss—is a common complaint among individuals living with chronic pain conditions. “The first thing I try to do is get the patient on a routine to sleep better at night,” says Dr. Dave. He suggests adopting regular sleep and wake times, and avoiding the use of computers and other electronic devices, which stimulate the brain with white light, an hour or two before going to bed. Patients should also avoid caffeine and large meals a few hours before sleep, and avoid watching in bed. “You want your brain to associate the bed with a place of sleep only,” he explains.

While strenuous exercise may be inappropriate for some patients, physical activity is generally good for those with chronic pain. Yoga and Tai Chi can be especially helpful, improving sleep, reducing stress, and enhancing quality of life. “Exercise has been shown in multiple, randomized trials to have significant benefits, on not only pain, but functionality and on cognitive behavioral as well,” says Dr. Hooten.

A healthy diet can help as well. A candy bar or salty snack may provide a quick boost, but it is short-lived, and consuming empty calories can result in weight gain and related health hazards. To avoid this, Dr. Rissenberg advises patients to “eat well and regularly.” Setting regular times to eat whole foods, such as fruits and vegetables, and healthy proteins, such as fish and nuts, makes junk food less tempting, she says.

Depression, anxiety, and other mental health issues often accompany chronic pain and can contribute to brain fog. A recent study of fibromyalgia patients found that concurrent depression, anxiety, and pain catastrophizing (an expectation of negative outcomes and a lack of control) contributed to pain and symptoms of mental slowing, attention problems, and short-term memory loss. Addressing these issues through therapy and, when appropriate, antidepressant medications, can reduce pain and improve mental clarity.

In addition to tweaking your lifestyle to alleviate memory and concentration challenges, try creating a system to tackle tasks when brain fog attacks, advises Dr. Rissenberg. She recommends using a paper planner rather than electronic devices because paper and pen can provide helpful sensory cues. She encourages patients to create routines they can rely on when brain fog sets in—for example, returning phone calls daily at a set time and scheduling grocery shopping on a particular day of the week.

“Circle your wagons, focus on wellness and then get really regimented,” with systems that make completing tasks automatic, says Dr. Rissenberg.