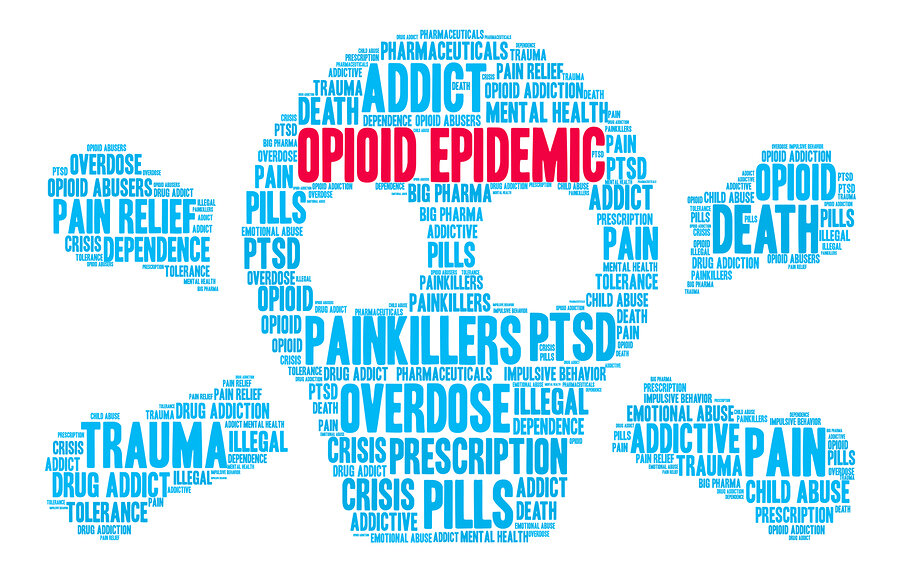 If you’re a journalist, researcher or student interested in learning more about the opioid epidemic – or a patient or healthcare provider just trying to make sense of it -- a revealing new analysis debunks many of the myths and falsehoods being told about opioid pain medication.

“Misperceptions about the Opioid Epidemic: Exploring the Facts”was recently published in the journal Pain Management Nursing.Unlike most articles in medical journals, this one is not hidden behind a paywall – so the comprehensive and heavily footnoted research is available to everyone for free.

Co-authors Cathy Carlson, PhD, a professor at Northern Illinois School of Nursing, and June Oliver, APRN, a clinical nurse specialist at Swedish Covenant Hospital in Chicago, worked on the article for over four years, compiling research on 11 common myths about opioids that are repeated ad nauseam by the media, politicians, law enforcement and others.

“We identified many more than this, but you have to put a limit on how long an article can be, so we narrowed them down to what we thought were the most important ones,” Carlson told PNN. “What concerned us is that this is all being presented by politicians and other important entities. It's just perpetuating the fear and sensationalizing it.”

Misperception #1 is the number of deaths attributed to opioid medication. The next time you see a statistic like “more than 63,600 people died of drug overdoses” in 2017, you should recognize that thousands of deaths were counted multiple times.  That’s because the Centers for Disease Control and Prevention doesn’t count “deaths” – it counts the number of drugs involved in overdose deaths.

“If a person died of fentanyl, heroin and prescription opioids, that’s three deaths. We went from one person that actually died to three deaths counted in the categories because they put one under each,” explained Carlson. “It’s never known which drug they actually died from. So, we can never say prescription opioids caused the death. We can only say they were present at the time of death.”

Another myth is that more Americans die from opioid overdoses than in motor vehicle accidents, a claim first made by the National Safety Council (NSC) that’s been widely repeated in the media.

“The opioid crisis in the United States has become so grim that Americans are now likelier to die of an overdose than in a vehicle crash,” The New York Times reported.

Carlson and Oliver say the NSC used a “confusing mismatch of statistical categories” to inflate the overdose numbers and make them more “attention grabbing.”

What are the actual facts? Nearly 30,000 Americans died in motor vehicle accidents in 2014, but the number of prescription opioid deaths was about half that.

“It doesn’t make as good of a story if you include it. We do believe it is purposely misleading,” says Carlson. “It’s the change theory. They have this need for change and they’re supplying it with statistics that sensationalize the issue.”

Some of the other myths debunked by Carlson and Oliver include claims that the U.S. is the biggest consumer of opioids; that long-term use of opioid medication is not supported by evidence; that prescription opioids often lead to heroin use; and that statistics published by CDC are of high quality.

“We have a lot of issues with data collection. It’s not the CDC’s fault, they can only use what’s given to them. And states vary considerably in their accuracy in keeping statistics for overdose deaths,” Carlson said. “We’d like to see better data collection, especially through state and county medical examiners, so the statistics reported by the CDC are more accurate.”

But the CDC is not held blameless for the cascade of misinformation. Carlson says the agency has an anti-opioid agenda that is repeated in many of its studies and policy statements.

“If you read what they do publish, they obviously have a viewpoint. It’s not a neutral viewpoint that gives you both good and bad. They are pushing you in a certain direction,” she said.

The CDC’s controversial 2016 opioid guideline – intended only for primary care physicians treating non-cancer pain – has been implemented as policy or law in dozens of states.

“I’m disappointed in what has occurred with CDC guidelines. Many people question the guidelines and that they weren’t always based on evidence,” Carlson said. “They were meant for primary care providers, not for pain management specialists, not for surgeons, and they’re making them apply to everyone. They are supposed to be guidelines. There are always people out on the Bell Curve and they don’t take that into consideration either.”

Carlson says Americans should be cautiously skeptical about much of the information they’re getting about the opioid crisis.

“We’re mostly asking for discernment. To be aware of what you’re reading,” she said. “We want you to think about these statistics and look at the glaring gaps and reporting of statistics.”