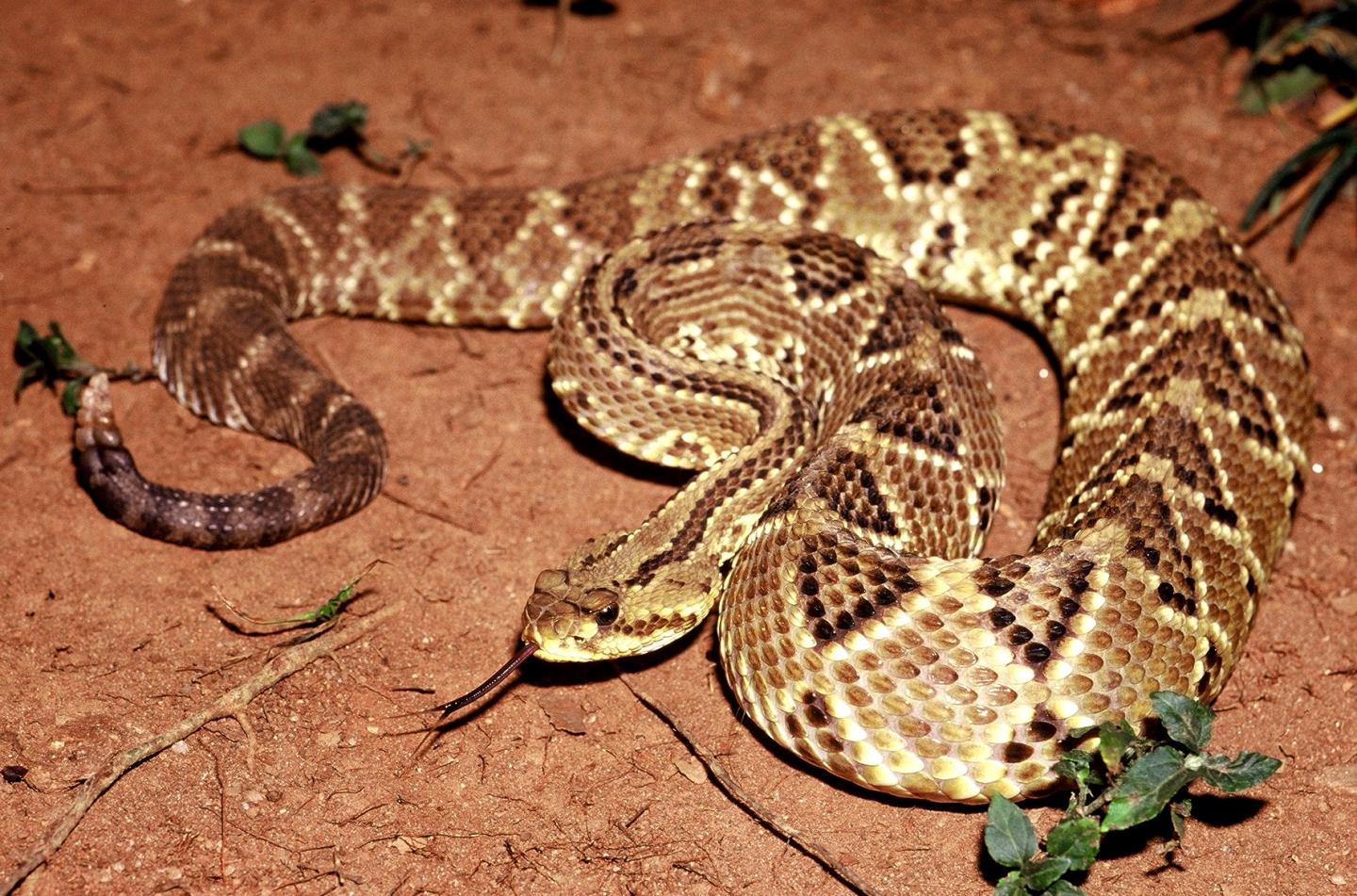 Crotoxin, extracted from the venom of the South American rattlesnake Crotalus durissus terrificus, has been studied for almost a century for its analgesic, anti-inflammatory and antitumor activities and as an even more powerful muscle paralyzer than botulinum toxin. However, the toxicity of crotoxin limits its medicinal use.

A new study, published by Brazilian researchers in the journal Toxins, shows that crotoxin's therapeutic effects can be enhanced and its toxicity reduced when it is encapsulated in nanostructured SBA-15 silica, a material originally developed for use in vaccine formulations.

The study was conducted under the aegis of Brazil's National Science and Technology Institute (INCT) on Toxins, one of the INCTs supported by FAPESP (São Paulo Research Foundation) in São Paulo State in partnership with the National Council for Scientific and Technological Development (CNPq), an agency of the Brazilian government. The INCT's principal investigator is Osvaldo Augusto Sant'Anna.

The study was part of the doctoral research of Morena Brazil Sant'Anna, whose thesis advisor is Gisele Picolo. Picolo herself was the principal investigator for a project on the same topic. Researchers Flavia Souza Ribeiro Lopes and Louise Faggionato Kimura participated in the study, which was performed at Butantan Institute in São Paulo.

Osvaldo Sant'Anna is the principal investigator for a Thematic Project at Butantan Institute to study mesoporous silica as a vaccine adjuvant in collaboration with Márcia Fantini, a professor at the University of São Paulo's Physics Institute (IF-USP). An adjuvant is an agent used in conjunction with a vaccine antigen to augment the host's antigen-specific immune response.

"People who respond badly to vaccines usually have macrophages that catabolize the antigen very quickly, so there isn't time for their lymphocytes to induce a complete response in terms of producing antibodies," Osvaldo Sant'Anna told Agência FAPESP. "Research has shown that nanostructured silica slows the macrophages down."

Osvaldo Sant'Anna's studies show that mice produce more antibodies against an antigen when it is administered with silica, which is made up of microstructures and can be molded to encapsulate molecules of varying shapes and sizes.

When silica was tested with other toxins, a novel protective effect was discovered. "In tests conducted in horses to produce anti-diphtheria serum and with tetanus toxin, we found that silica makes antigens less potent and reduces the adverse effect of diphtheria toxin," Osvaldo Sant'Anna said.

These findings were welcomed by Picolo and Morena Brazil Sant'Anna, colleagues of Osvaldo Sant'Anna at Butantan Institute. "I've been studying crotoxin since 2011. The results are positive in terms of its analgesic effect, but its toxicity has always been a constraint. Using silica was a great idea. This is the first time the two molecules have been combined," Picolo said.

The article published in Toxins reports on a study designed to investigate the effects of crotoxin combined with SBA-15 silica when used to treat neuropathic pain, a chronic condition caused by injuries to sensitized nerves. Treating chronic pain is a challenge for physicians because ordinary painkillers such as anti-inflammatory drugs and opioids do not have the desired effect.

To evaluate crotoxin's therapeutic potential in this setting, the researchers conducted experiments with mice, inducing a condition similar to neuropathic pain by injuring the sciatic nerve.

The first positive finding resulted from a test to determine the maximum dose of crotoxin with and without silica. "We observed that a larger amount of the toxin combined with silica could be administered without adverse side effects and that the dose could therefore be increased," Morena Brazil Sant'Anna said. It was possible to administer a 35% larger dose of crotoxin when it was combined with silica.

The next step was to test the formulation in animals. They were given the crotoxin/silica complex (CTX:SBA-15) while experiencing acute pain (immediately after a sciatic nerve injury procedure) or chronic pain (a fortnight later). In both cases, the complex was administered in a single dose or in five doses (one daily dose for five consecutive days).

In the acute stage as well as the chronic stage, the analgesic effect lasted longer when crotoxin was combined with silica. In one of the tests, a single dose was sufficient to reverse hypernociception (heightened sensitivity to painful stimuli) until 48 hours after it was administered.

Crotoxin is a powerful painkiller because it acts on different pain pathways. To determine whether its action mechanisms would be the same in the new formulation, the researchers administered antagonists of the receptors involved in pain shortly before the crotoxin/silica complex. If the complex was effective even with the receptors blocked, this would mean its action mechanism could be different from that of the conventional molecule.

The team observed changes in the levels of pro- and anti-inflammatory cytokines. "Expression of interleukin 6 [IL-6], which is associated with inflammation, decreased, while the level of IL-10, which controls the inflammatory process, increased. We also observed a reduction in activation of astrocytes and microglia, central nervous system cells involved in inflammatory responses," Picolo said.

Because silica influences the immune response, the researchers decided to see whether the defense against toxicity it triggers would end up hindering crotoxin's beneficial action. This possibility was tested and ruled out in the study. The mice produced high levels of antibodies, but this did not affect the outcome, according to Picolo.

"Probably because the crotoxin was encapsulated and the antibodies produced were unable to reach it," she said.

The complex gains another advantage from this protection: it could be administered orally to mice, for the first time, with positive results. This was possible because the structure of SBA-15 is similar to that of a honeycomb, protecting the active ingredient against breakdown in the stomach.

"It also guarantees controlled release of the crotoxin in the organism, which may explain the lasting analgesic effect," Picolo said.

The researchers are now investigating whether the combination of crotoxin with SBA-15 can be used to treat multiple sclerosis. The results of this research have also been positive so far, and an article will soon be published.

However, more studies will be necessary before the combination can become medication. "Crotoxin is a large molecule with a complex structure that's hard to replicate in the laboratory, so scaled-up use is a long away off," Picolo said.

Some form of synthesis would be the ideal solution. Trials are currently ongoing with purified venom extracted directly from the rattlesnake.

The São Paulo Research Foundation (FAPESP) is a public institution with the mission of supporting scientific research in all fields of knowledge by awarding scholarships, fellowships and grants to investigators linked with higher education and research institutions in the State of São Paulo, Brazil. FAPESP is aware that the very best research can only be done by working with the best researchers internationally. Therefore, it has established partnerships with funding agencies, higher education, private companies, and research organizations in other countries known for the quality of their research and has been encouraging scientists funded by its grants to further develop their international collaboration. You can learn more about FAPESP at http://www.fapesp.br/en and visit FAPESP news agency at http://www.agencia.fapesp.br/en to keep updated with the latest scientific breakthroughs FAPESP helps achieve through its many programs, awards and research centers. You may also subscribe to FAPESP news agency at http://agencia.fapesp.br/subscribe.