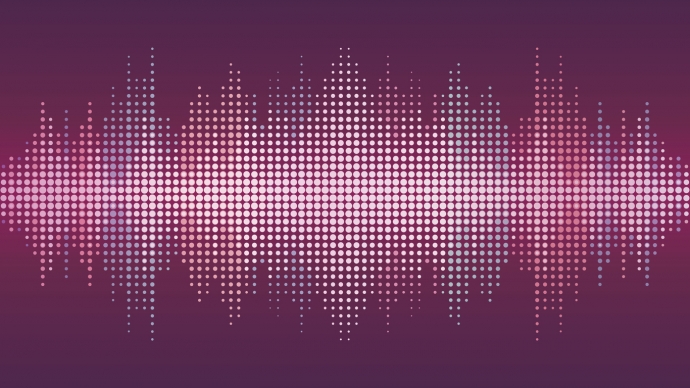 Music may be more than what some call the gateway to the soul—studies continue to show that it can offer many therapeutic benefits. In pain management, research has shown how listening to music can relieve a variety of pain conditions—termed music-induced analgesia (MIA).

Among patients with chronic osteoarthritis, those who listened to music daily for two weeks reported less pain. A group of pregnant women who listened to music during labor, compared to those who did not, reported less pain and required less postpartum analgesia. A 2015 systematic review of over 70 randomized clinical trials on post-operative recovery found that music reduces pain and analgesia use.

Eduardo Garza-Villarreal, MD, PhD, has since led another review focusing on MIA in chronic pain. An assistant professor within the Institute of Neurobiology at the National Autonomous University of Mexico (UNAM) in Querétaro, Dr. Garza-Villarreal observed that music reduced depressive symptoms alongside chronic pain. Studies where participants chose the music (as opposed to the researchers) also yielded greater MIA effects—a result that supports evidence that a positive emotional response to music is important.

Given these findings, Dr. Garza-Villarreal’s team decided to examine the analgesic effect of music on the central pain condition, fibromyalgia. He noted that patients with fibromyalgia tend to be depressive and experience more emotional pain. “People start feeling pain for no reason, all the time; everything hurts; moving hurts. And it seems to be that their sensitivity is higher than normal,” he said. There’s no cure or great treatment for the disorder, and it’s nine times more common among females.(More on sex differences in pain response.)

With fibromyalgia as their focus, Dr. Garza-Villarreal and his colleagues had previously published the first neuroimaging study of MIA. Using fMRI, they found that pain relief correlated with an increase in neural activity within the left angular gyrus. But this study did not include a control group, limiting the team’s ability to compare brain circuitry between people with fibromyalgia and healthy counterparts.

What remained unclear was whether listening to pleasant music could change brain connectivity in different ways for fibromyalgia patients when compared to healthy individuals.

To take this research further, Dr. Garza-Villarreal’s team recruited 20 women with fibromyalgia (ages 22 to 70) along with 20 healthy women (ages 21 to 70) to serve as an age-matched control group. Each participant submitted a list of songs they found to be pleasant. The researchers then selected songs from each list with tempos under 120 beats per minute. As an auditory control, the team compared exposure to 5 minutes of pleasant music with 5 minutes of pink noise, which is similar to white noise in that it contains all frequencies audible to humans—only with pink noise the lower frequencies are louder. They counterbalanced which of the two auditory stimuli each participant heard first. Before and after exposure to both auditory stimuli, each participant underwent a 5-minute resting state fMRI scan and reported pain intensity on a scale from 0 to 10.

The team hypothesized that the fMRIs of the fibromyalgia group would reveal differences in the descending pain modulatory system (DPMS) before and after music treatment. “The DPMS has been described as the system for pain modulation in terms of input in the brain and how the brain perceives pain,” Dr. Garza-Villarreal explained. Past research has implicated the DPMS in the hypersensitivity to pain that typifies fibromyalgia.

Beyond brain regions associated with the DPMS, the researchers were also interested in the default mode network (DMN). The DMN includes the left angular gyrus and other regions of the brain unrelated to pain that are instead involved with autobiographical thought and mind wandering. While Dr. Garza-Villarreal did not suspect connectivity of this network would respond to music as much as DPMS connectivity would, other research has shown altered activity within this network in fibromyalgia.

At baseline, among the 34 brain regions the team selected, they found that connectivity among fibromyalgia patients was largely increased when compared to healthy individuals. After listening to music, however, connectivity among many regions decreased for the fibromyalgia patients. “Basically, what we’re looking at is a reversion of those circuits into something more normal,” Dr. Garza-Villarreal said.

Exposure to music had the opposite effect on healthy individuals; fMRIs revealed an increase in connectivity for them. And, as expected, the pink noise did not have any effect on either fibromyalgia patients or healthy participants.

Interestingly enough, music altered connectivity within regions of the DMN and not just the DPMS. “We don't know if the DMN is actually inducing this pain reduction or if it's the other way around. But some of the areas that are related to the DMN are involved in this music analgesia,” said Dr. Garza-Villarreal. He added that he suspects music may disengage patients from ruminating about their pain, thereby reducing connectivity within the DMN.

As a final step in the study, the team compared what they observed in the fMRIs with the participants’ more subjective reports of pain intensity. They found a significant correlation between changes in self-reported pain and changes in connectivity after listening to music. Those patients with fibromyalgia reported experiences of pain relief that corresponded by-and-large to reductions in connectivity between regions within both the DPMS and the DMN.

“There is at least some relationship between what they felt and what we actually see going on with the connectivity in the brain—especially in these areas that are not usually related to pain,” said Dr. Garza-Villarreal.

Dr. Garza-Villarreal hopes that his team’s most recent findings will lead to better treatment options for fibromyalgia. By establishing which brain regions are changed by music in patients who report relief from the condition, the study highlights potential targets for new fibromyalgia therapies. And, given the evidence of music relieving pain in a variety of conditions, those with fibromyalgia and related pain may not be the only ones who benefit.

Stéphane Guétin, PhD, who works in the Clinical Psychology and Psychopathology Laboratory (EA4056) at Paris Descartes University, praised Dr. Garza-Villarreal and his team. “I already sent this study to the president of the French Society of Pain,” he told PPM.

Dr. Guétin, who was not involved in the study, has conducted clinical research on how music intervention can help manage chronic pain in general. He’s also the CEO of Music Care, a company whose app provides musical therapy to pain patients in more than 300 hospitals. He knows that implementing music as a clinical therapy is not easy, and so he welcomes the more objective data that this new study provides. “This is making stronger and stronger the case for music intervention in pain,” Dr. Guétin said.

The next steps for Dr. Garza-Villarreal and his team include trying to pinpoint where in the brain the analgesic effect starts. They also want to explore which aspects of music offer the greatest pain relief—an effort that could take the notion of music as medicine to another level.

“One of the main things about chronic pain patients is they take a lot of medication,” he told PPM. “So if you can do this with music and at least reduce the medication they get, that's a big win for a lot of people.”