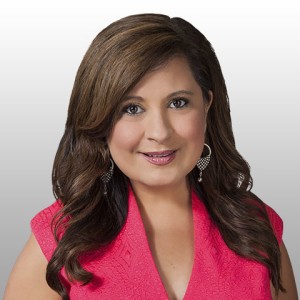 They are people who feel shut out from their pharmacies, by emergency rooms, and their doctors. Already struggling with chronic pain they feel "abandoned" by a system that is now focusing on a prescription drug epidemic that's gripped the country.

Chronic pain patients have started forming their own support groups and are pleading for their voices to be heard.

"Everything is about addiction. Opioid overdoses, CDC statistics – but nobody is telling our side of the story and how this is affecting over 100 million patients in the United States," said Barby Ingle, President of iPain Foundation, and a chronic pain patient herself.

For many of these people life literally changed overnight. Whether it was an accident, a fall, a ruptured back disc, or medical malpractice – they now live gripped with pain everyday, not knowing when the "flare up" may hit.

If you ask them to describe the pain, the responses seem unbelievable.

"The pain in my back feels like, a banana clip that women wear in their hair," Ingle said. "Only, make it out of heavy gauge steel, sharpen it even more, clamp it on my spine then tighten it up. Then add a 10  pound weight to it," said Lauri Nickel, who suffers from chronic pain.

"My pain is a burning fire pain," Ingle said. "As if someone put burning lighter fluid on me, lit me on fire, and I can't put it out."

They are people who have learned to live life and function – despite the suffering.

"When my back problems first started, my baby was 1 year old," Nickel said. "I ended up toilet training him from lying down in hallway with my head in bathroom, to supervise him because I couldn't sit up."

Ingle said there were days she thought she wouldn't survive the pain.

"There's been days where I was bed bound I would think, 'I'm going to die today,' Ingle said. "My husband's going to come home and he will find me dead."

Part of the struggle for them, is also having to justify this pain to doctors and pharmacists, try to prove to them that they are not just another addict looking for pain pills.

"I do not understand how someone would take these pills for fun," Ingle said.

For them, she added there was no "high." There was just temporary relief.

Ingle said the iPain Foundation heard many stories from pain patients who said they were turned away from pharmacies who were unable to fill their prescriptions.

Some said they felt "criminalized" from the moment they walked into a pharmacy, and felt like they had to "prove their pain."

"You have to prove so much even though you have medical records five inches deep," said Nickel.

ABC15 took these concerns to the state pharmacy board.

Executive Director Kamlesh Gandhi said pharmacists were the front line in this war on prescription drugs.  They had a huge responsibility and are constantly being trained to recognize prescription drug abusers.

Gandhi said law required pharmacists to check the "prescription monitoring program" database before filling prescriptions, and pharmacists were becoming more aware of the problem.  He added that patients needed to maintain a good relationship with the pharmacy.

Rightway Pharmacy owner Ken Patel said pharmacies were also under scrutiny by many agencies, and had to be accountable for the number of opioids they prescribed to patients.

"Every pharmacist is quite cautious in filling opioid medication, it's not that they don't want to," said Patel.

He added that all pharmacies have ordering limits imposed on them by drug companies, if they go over, they were also in fear of shutting down.

Patel said his first priorities were his loyal customers, and he usually knew what they needed every month, so knew how much to order.

In this age of addiction and abuse, establishing that trust was crucial.

"We want to take care of their health needs. That trust is very important. We want to understand what they're going through so we can work with the doctor," said Patel.

As for those living with chronic pain, all they wanted was to be understood, and treated with some dignity.

"We know we're never going to be pain free. We just want to be able to function. We want to get out of bed. Take a shower more than twice a week," said Nickel.

The Drug Enforcement sent us this statement in response to this story: