The Role of Expectations in the Pain Response 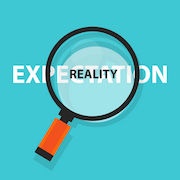 Past experiences shape our expectations about the future, and those expectations can simultaneously affect how we experience new events. Sometimes this can result in a self-fulfilling prophecy where people experience what they expect will happen, even in the face of contrary evidence. When it comes to pain, understanding the role of expectancy is particularly important from a clinical perspective, since expectations based on previous experiences of pain could affect future pain responses.

The team also demonstrated a confirmation bias in learning, where study participants updated their expectations when new experiences were in line with what they initially believed would happen, something that was reflected in the updating of pain-anticipatory activity in the brain. Perhaps most interesting of all was that participants’ expectations about pain persisted even when what they actually experienced did not match those expectations.

“This is one of the best papers that I have read in a while,” said Javeria Hashmi, Dalhousie University, Halifax, Canada, who was not involved in the study. “It addresses the issue of pain as a confirmation bias by investigating how much of pain perception is expectation related and how much of it is actually nociceptive. This study does a great job of setting the stage for a discussion of the role of bias in pain.”

The research was published October 29 in Nature Human Behaviour.

Standard models of reinforcement learning in the context of pain (e.g., telling a study participant that a certain cue will result in pain) produce discrepancies between expectations and actual experiences (known as prediction errors). This results in expectation updating where, over time, expectations that are not confirmed by experience will extinguish. However, in some cases, self-reinforcing expectations resistant to extinction can develop, but the behavioral and neural mechanisms underlying this phenomenon are poorly understood.

So Jepma and colleagues designed two studies, each consisting of a learning phase and a test phase. During the learning phase, 37 participants in total were each shown visual cues (geometric shapes) on a screen that were paired with pictures of thermometers symbolically indicating either low heat (low-pain cues) or high heat (high-pain cues). This created a learned association between the visual cues and the heat intensity represented by the thermometers.

In the subsequent test phase, participants were presented with either a low- or high-pain cue and then asked how much pain they expected to experience on a scale of “no pain” to “worst-imaginable pain.” Following their prediction, the participants were subjected to a noxious heat stimulus on either the forearm (Study 1) or lower leg (Study 2). Several seconds later, the participants rated how much pain they felt. Importantly, unbeknownst to the participants, the intensity of the heat stimulus was identical for all low- and high-pain cues. This allowed the researchers to assess the effects of the cues on pain.

To gain a better understanding of the effects of cue-based expectations on pain-related brain activity, the investigators placed participants in an fMRI scanner during the test phase of Study 2. Examining the neurologic pain signature (NPS), a specific pattern of fMRI activity that Wager and colleagues previously found to be sensitive and specific to physical pain (see PRF related news), the team demonstrated that higher NPS responses predicted higher pain ratings. NPS responses were larger for high-pain compared to low-pain cues, indicating that manipulating expectations via cues modulated pain processing activity in the brain.

“New experiences or prediction errors mostly led to learning or expectation updating when they were consistent in confirming the participants’ initial beliefs,” said Jepma.

These results provide strong evidence of a confirmation bias in learning in the context of pain, where more weight is put on evidence that confirms a person’s initial belief compared to evidence that doesn’t. This could make pain a self-fulfilling prophecy, particularly in chronic pain patients, who may expect pain more often than healthy people do. Indeed, an inability to extinguish pain memories has been proposed previously as a feature of chronic pain (Colloca and Benedetti, 2006).

Although the current study involved healthy participants, Jepma believes that the findings may indeed have implications for people with chronic pain. “If a person was to have very negative beliefs or expectations regarding their recovery from acute pain, coupled with a strong confirmation bias, they may be less likely to attribute a decrease in pain experienced to recovery and more likely to consider it a fluke or an aberration—all of which may facilitate the transition from acute to chronic pain.”

As for future work, Jepma is particularly interested in the concept of extinction of expectations.

“There must be a limit to expectations influencing perception,” Jepma said. “If the mismatch is too big where you expect terrible pain and actually get something that doesn’t hurt at all, then I expect it wouldn’t work anymore. We would like to manipulate the degree of this mismatch or prediction error further to investigate the limit of these effects.”