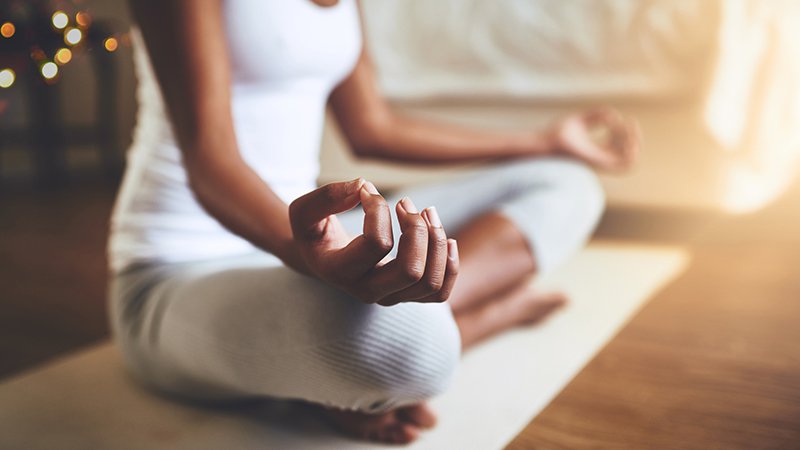 MILWAUKEE — Intensive behavioral and mindfulness approaches to managing chronic pain are associated with significant pain improvement, as shown via brain changes on neuroimaging — and not just on subjective self-reports, new research shows.

In a study presented here at the American Pain Society (APS) 2019 Annual Meeting, researchers described brain volume changes occurring in patients over the course of an intensive behavioral program that focused on self-management of pain.

Functional magnetic resonance imaging (fMRI) results showed significant increases in volume in different parts of the brain as well as the whole brain at the end of the 4-week program.

Lead investigator Christine M. Gagnon, PhD, clinical psychologist at the Shirley Ryan AbilityLab and a professor at Northwestern University's Feinberg School of Medicine in Chicago, Illinois, noted the uniqueness of the study.

"There are no studies to my knowledge that investigated neuroanatomical structures pre- to post-participation in an interdisciplinary pain program in an adult population," Gagnon told Medscape Medical News.

For the study, 21 patients (76% women; mean age, 49 years) who had suffered with chronic pain for a mean of 8.5 years received resting state fMRI imaging prior to taking part in the behavioral program.

"The key focus of the program is to teach self-management of pain," Gagnon said.

Changes observed on preprogram fMRI scans vs those taken after the program showed significant increases in brain volumes in the key structures of the brain associated with pain processing.

The observed increase in volume in the hippocampus was significantly associated

"We've always found very positive outcomes across a number of different domains associated with chronic pain from pre- to post-treatment, so we wanted to find out if there were changes to the brain that corresponded with those subjective changes," Gagnon said.

"The changes over the 4 weeks were significant, particularly in the amygdala, hippocampus, thalamus, and the whole brain total," she said.

Eight of the participants were taking opioids for pain during the study. Their improvements, assessed on the MPIC, were generally higher than nonopioid users in all domains, including pain, mood, function, ability to cope with pain and manage flare-ups. In addition, sleep improvements were statistically significant (P < .05).

"We found those results to be a pleasant surprise," Gagnon said. "Overall, the patients on opioids, as a group, had a significant reduction in opioid use by the end of the program, and despite their reduction in pain medications, they reported equivalent or greater level of pain improvement."

However, she noted that "given the exploratory nature of this sub-analysis, it is difficult to know why."

The fMRIs also showed some differences between the opioid-using patients and nonusers, including a significantly greater increase in volume of the amygdala among the users.

However, greater increases in hippocampal volume were observed among the nonopioid using patients, with opioid users even showing some reductions in the hippocampus over the 4 weeks.

Gagnon said more research will be needed to better understand those differences.

"We were surprised by some of those findings and are now applying for National Institutes of Health funding to look at this further," she said.

A heavy emphasis on mindfulness was among the components of the intervention. Additional research presented at the meeting offered further insights into the mechanisms of how mindfulness affects brain processing.

In the presentation, Fadel Zeidan, PhD, assistant professor in the Department of Anesthesiology, University of California, San Diego, discussed findings from a 2016 study that he coauthored comparing mindfulness with placebo interventions.

It showed that mindful, meditation-induced analgesia was not reversed by the opioid antagonist naloxone, leading to the important conclusion that mindfulness does not appear to activate endogenous opioids in reducing pain. Instead, it relies on another mechanism that has yet to be understood.

"This was a surprise," Zeidan told Medscape Medical News. "We've replicated it a couple of times now and the evidence is pretty overwhelming that mindfulness works through very novel unique pathways and mechanisms that we have yet to fully appreciate."

"It could be serotonin, something more psychologically mediated, or even cannabinoids — we just don't know but we plan to explore the possibilities," he added.

The implications could be clinically important, however, in terms of efforts to augment treatment with opiates, Zeidan said.

"If you are targeting pain relief through opiate mechanisms, this suggests that mindfulness could compound the effect by using a nonopiate pathway, and target pain from another angle or mechanism," he said.

His investigative team's previous efforts to identify clues via neuroimaging of the effects of behavioral interventions for pain have included research that shows specific effects of mindful meditation on reward centers, including the lateral and medial orbitofrontal cortex, ventral striatum, and putamen.

"It was clear in the study that mindful meditation is more effective than placebo and engages distinct processes to relieve pain," he said.

The study was funded by the Craig H. Neilsen Foundation. The study authors and Zeidan have disclosed no relevant financial relationships.