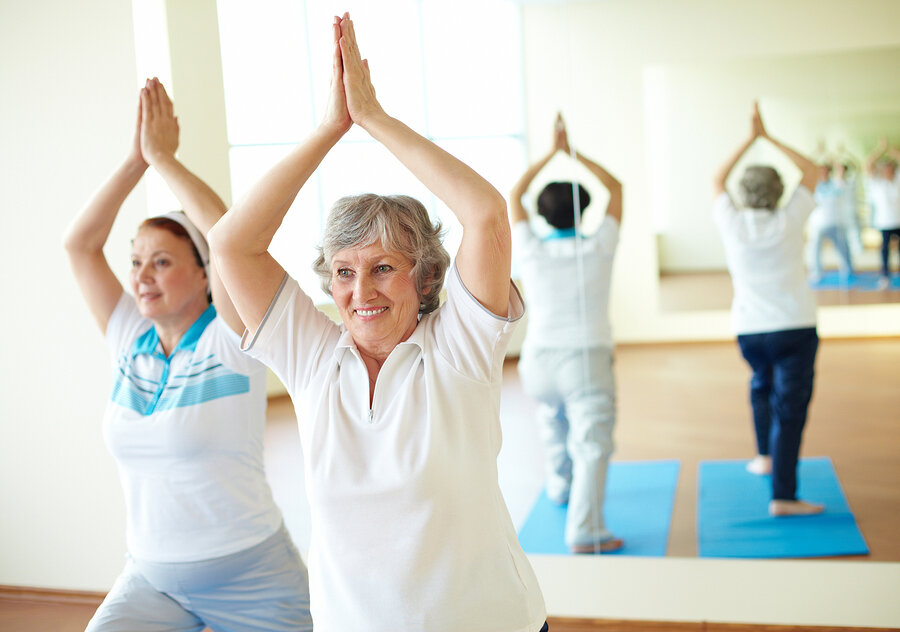 Yoga is a four-letter word for a lot of chronic pain patients, who are often urged to try yoga or physical therapy to ease their pain. Many pain sufferers believe exercise will only make their pain worse.

But a new study by researchers at Boston Medical University found that people with chronic lower back pain are more likely to benefit from yoga and physical therapy if they have a positive attitude about exercise.

The study involved 299 mostly low-income patients with chronic lower back pain who took weekly yoga classes or had physical therapy for 12 weeks. They were compared to a control group who had “self-care” – which consisted of reading a handbook on self-management strategies for back pain, such as stretching and strengthening exercises.

Nearly half (42%) of those who had yoga or physical therapy responded to the treatment, while only 23% of those in the self-care group had improvement in their pain and physical function.

Interestingly, participants who continued taking pain medication during the study were more likely to benefit from yoga (42%), compared to 34% of those who had physical therapy and 11% of those in the self-care group.

"Adults living with chronic low back pain could benefit from a multi-disciplinary approach to treatment including yoga or physical therapy, especially when they are already using pain medication,' said lead author Eric Roseen, DC, a chiropractic physician at Boston Medical Center.

Another important finding from the study, which was published in the journal Pain Medicine, is the effect that “fear avoidance” can have on patient outcomes.

Other factors that appeared to improve patient response were a high school education, higher income, employment and being a non-smoker.

"Focusing on a diverse population with an average income well below the U.S. median, this research adds important data for an understudied and often underserved population," said Roseen. "Our findings of predictors are consistent with existing research, also showing that lower socioeconomic status, multiple comorbidities, depression, and smoking are all associated with poor response to treatment."

It doesn’t take a lot of time to benefit from exercise. A 2017 study found that just 45 minutes of moderate physical activity a week improved pain and function in patients with osteoarthritis.

A few weeks of yoga significantly improved the health and mental well-being of people suffering from arthritis, according to a 2015 study at Johns Hopkins University.