Can Yoga Ease Your Pain? 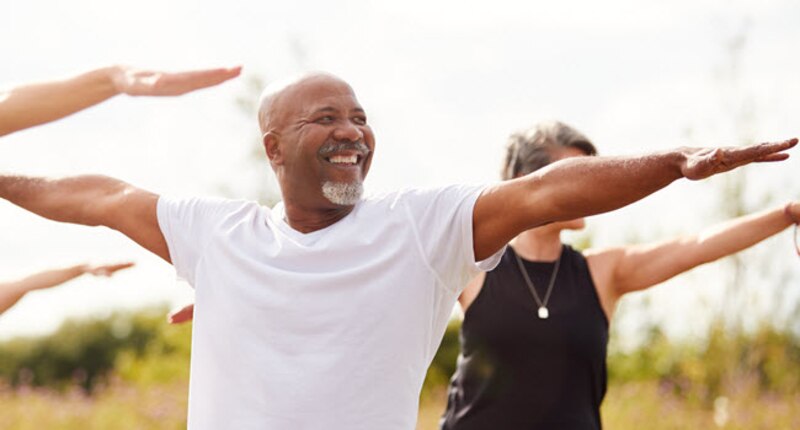 Have a pain problem and wondering if yoga can help? I understand – not just as a doctor, but also as a patient.

I took up yoga when I was struggling with a knee problem, well over a decade ago now. While I initially experimented with yoga with the hope that it would improve how my knee felt, I soon discovered that it could help me in much bigger ways, including bettering my mood, teaching me to better manage stress, and just plain helping me smile after a rough day. Frankly, I have found yoga to be so impactful that I can’t imagine going without it – and yes, it did seem to reduce the pain in my knee.

Yoga’s popularity in the U.S. has grown rapidly over the last decade. An estimated 36 million Americans now practice yoga regularly, and about one in three have tried it at least once. While yoga is most popular with younger and middle-aged women, the number of men practicing yoga has more than doubled in the last several years, and those 50 and older with a yoga practice has tripled during that same time frame.

But how exactly does yoga fit in to building a better pain management strategy?

There’s growing evidence that yoga may be helpful in a wide variety of pain scenarios – arthritic knees, aching necks, fibromyalgia, and headaches. Perhaps the strongest evidence of yoga’s effectiveness is in the treatment of chronic low back pain. A number of studies have found yoga effective in reducing back pain, and in at least one study, patients practicing yoga were able to reduce their use of pain medications. Recent evidence-based guidelines from the American College of Physicians strongly recommend yoga for treating low back pain.

Research also seems to indicate that yoga has the potential to improve function with daily activities. A regular yoga practice can increase strength in the legs, upper body, and core, while also improving flexibility and balance, which are especially important for seniors. A number of studies have found that both low-back pain patients, as well as arthritis sufferers, become more active when engaged in a yoga practice.