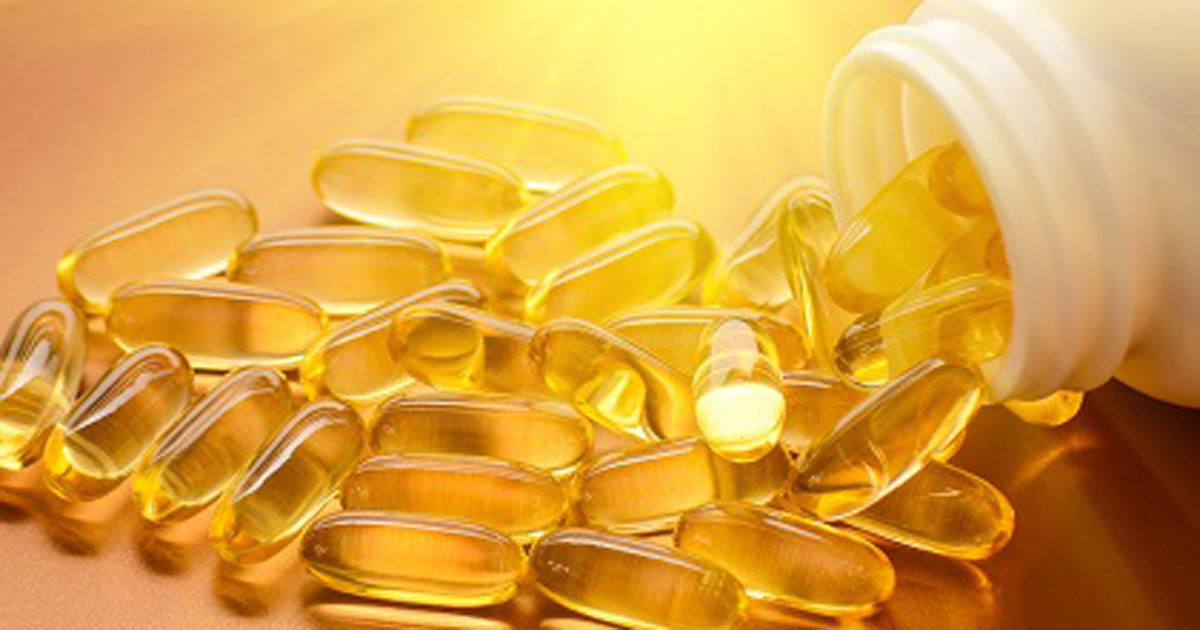 Treatment with vitamin D and omega-3 fatty acids supplements for a mean duration of 5.3 years failed to reduce chronic knee pain or improve function or stiffness, according to data published in Arthritis & Rheumatology.

“Unfortunately, we do not have a plethora of medications that effectively treat osteoarthritis,” Lindsey A. MacFarlane, MD, MPH, of Brigham and Women’s Hospital and Harvard Medical School, told Healio Rheumatology. “Some of the most commonly used medications such as NSAIDs or opioids have side effects that can be particularly concerning as older people typically have knee osteoarthritis. Furthermore, current medications target pain but do not change the underlying disease.”

“Vitamin D and, to a lesser extent, fish oil have been touted as beneficial for knee osteoarthritis though prior data have been conflicting,” she added. “Both vitamin D and fish oil have the advantage of relatively fewer side effects and being less costly.”

To examine the therapeutic effect of vitamin D and omega-3 fatty acids supplements on chronic knee pain, MacFarlane and colleagues studied data from the already-completed Vitamin D and OmegA3 Trial (VITAL). According to the researchers, VITAL was a double-blind, placebo-controlled, randomized study of 25,871 U.S. adults, aimed at assessing the effect of vitamin D and marine omega-3 fatty acids supplementation on the primary prevention of cancer and cardiovascular disease. The trial included more than 5 years of data.

For their own study, MacFarlane and colleagues analyzed a subgroup of 1,398 participants with chronic knee pain prior to randomization, and who returned at least one knee pain questionnaire. The researchers assessed knee pain using Western Ontario and McMaster Universities Arthritis Index (WOMAC) scores collected by the VITAL team at baseline and annual follow-ups. They used repeated measures modeling to test the impact of randomized treatment on WOMAC pain over followup after adjusting for age and sex. The researchers repeated this process for WOMAC function and stiffness.

According to the researchers, WOMAC pain did not differ at any time, throughout a mean follow-up time of 5.3 years, between those treated with supplementation and those who received a placebo. Further, linear time by treatment interactions were not statistically significant for either Vitamin D or omega-3 fatty acids. Both supplementations similarly failed to significantly affect WOMAC function or stiffness scores over time.

“In this 5-year study of a large and community-based cohort of participants with knee osteoarthritis neither vitamin D nor fish oil appeared to reduce knee pain in comparison to placebo,” she added. “While vitamin D or fish oil may have other health benefits, based on our data they do not have a significant role in managing knee pain from osteoarthritis.”